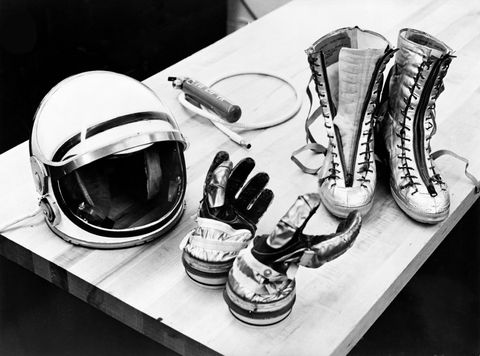 Once upon a time, women weren't allowed to even think of becoming an astronaut, but now one New York-area woman could be headed to live on Mars.

Laurel Kaye, 21, took countless childhood trips to the Hayden Planetarium at the American Museum of Natural History, hoping one day to become an astronaut. Now, she's one of 100 finalists vying for a spot on the crafts headed into outer space.

Dutch entrepreneur Bas Lansdorp founded Mars One in 2011. The mission: to colonize the red planet of Mars with eight people by the year 2028. While this sounds like plot of some epic sci-fi film, it's very real—but there are a few snags sparking controversy.

The biggest one? All of the space travelers selected and sent on the mission will never be able to return home.

Yes, you read that right. The current cost for a one-way trip is an estimated six billion dollars. Including a return trip would hike the budget to an estimated $90 billion according to NASA. Currently, Mars One has hardly raised 0.6 percent of the one-way budget.

That means selected space cadets must say adieu to Earth commodities and hello to space-food-in-a-tube. Forever.

And while Mars One applicants are eager to head to space, they have yet to undergo rigorous mental and physical training like that of NASA astronauts. Twenty-four hopefuls will advance to the final round where they will train in a simulated Martian environment, likely some polar vortex hinterland, considering nightly temperatures on Mars can plummet to minus 100 degrees Fahrenheit. *Brrr*

Despite all of these drawbacks, Kaye is ready to take the mission by the horns. "I don't see myself as dying on Mars. I see myself as living on Mars," she told the New York Daily News.

While the future of Mars One looks pretty bleak, the potential is enough to keep hope alive. "Whether it succeeds or fails, we stand to learn so much from something like this," Kaye said. "At some point you just have to be the first person to do something. Otherwise nothing is going to happen."

How American Apparel's First Female CEO Is Changing Everything

The First Woman EVER Cinches the Top Prize in Mathematics