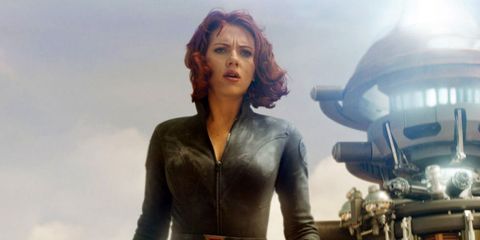 Indiewire's "Women and Hollywood" blog recently took a poke around WikiLeaks's collection of leaked Sony emails and found a message that appears to be from Marvel Entertainment CEO Ike Perlmutter to Sony exec Michael Lynton. It is not the best image-wise, mostly because it's a list of female-superhero movies that crashed and burned at the box office:

As we discussed on the phone, below are just a few examples. There are more.

2. Catwoman (WB/DC) - Catwoman was one of the most important female character within the Batmanfranchise. This film was a disaster.

3. Supergirl – (DC) Supergirl was one of the most important female super hero in Superman franchise. This Movie came out in 1984 and did $14 million total domestic with opening weekend of $5.5 million. Again, another disaster.

Because we know nothing about the nature of Mike and Ike's call, it's simply too far of a stretch at the moment to condemn them, as some other news outlets and social media users are doing. Hey, maybe they didn't want to screw up another character. Maybe they wanted to get it right with Captain Marvel. But we do have to say comic book crossovers and the industry surrounding them have been overwhelmingly sausage-y in the past, so a sexist attitude, if that is indeed what this shows, wouldn't be anything new.

The First Female Superhero Movie Is Looking for a Female Director