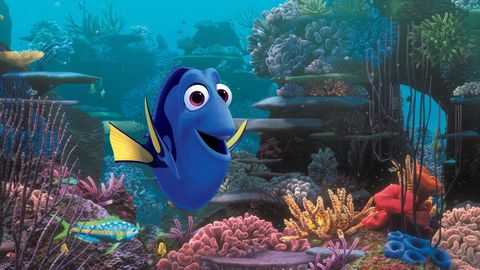 If you binge-watched Jessica Jones and need something peppy after all that doom and gloom, Netflix has you covered. The streaming service announced in a blog post that they're becoming the exclusive pay-TV home for the latest Disney movies.

Starting in September, Netflix will stream the latest movies from not just Disney, but also Marvel, Lucasfilm, and Pixar. So that means lots of superheroes and Star Wars movies on top of the kid-friendly flicks from Disney. According to The Verge, the pay-TV deal means the movies would hit Netflix around the same time they'd normally hit networks like HBO, so it's after the DVD release, but it's still not that long of a wait after the movies leave theaters.

A rep for Netflix wouldn't divulge what movies will specifically hit Netflix in September, and said that titles will be announced closer to the fall. But since Netflix says the deal involves the "latest" Disney movies, don't expect your favorite '90s movies to make the cut. In fact, titles like Hercules, Mulan, and Hunchback of Notre Dame are leaving Netflix in June.

If you're fixated on watching old-school Disney princess movies, not all is lost. They're available for digital purchase on platforms like iTunes and Google Play; you can arrange all of them on their site, Disney Movies Anywhere.