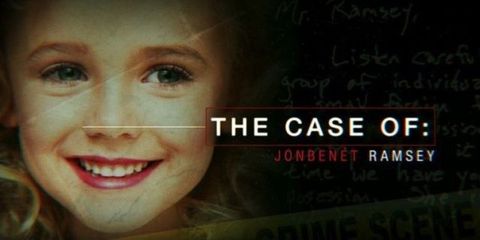 Burke Ramsey reportedly plans to sue CBS, after its documentary The Case Of: JonBenét Ramsey alleged that he killed his 6-year-old sister.

The two-part documentary saw a team of experts—among them a former FBI profiler, a criminal behavioral analyst and a forensic pathologist—assemble to re-investigate evidence and theories in the unsolved 1996 murder of JonBenét Ramsey.

The investigators concluded that Burke, who was 9 years old at the time, killed his sister by hitting her over the head with a heavy flashlight. This theory conflicts with autopsy evidence, which found that JonBenét's cause of death was "asphyxia strangulation", rather than the head trauma that preceded it.

"I will be filing a lawsuit on behalf of Burke Ramsey," his attorney L. Lin Wood told Reuters. "CBS' false and unprofessional attacks on this young man are disgusting and revolting."

But the network—which you can only imagine was prepared for such an outcome—responded with this statement: "CBS stands by the broadcast and will do so in court."

During the final part of his interview with Dr Phil, which was recorded prior to the airing of CBS' documentary, Burke commented on the ongoing public suspicion of him and his family: ""It blows my mind. What more evidence do you need that we didn't do it?" He suggested that her murderer was "probably some pedophile in the pageant audience."

Emma Dibdin Contributor Emma Dibdin writes about television, movies, and podcasts, with coverage including opinion essays, news posts, episodic reviews and in-depth interviews with creatives.
This content is created and maintained by a third party, and imported onto this page to help users provide their email addresses. You may be able to find more information about this and similar content at piano.io
Advertisement - Continue Reading Below
More From Culture
Fans Are Ready for Second Season of 'Bling Empire'
What We Know About Part 2 of 'Lupin'
Advertisement - Continue Reading Below
You *Need* to Follow the 'Bling Empire' Cast on IG
Watch the Trailer for the New 'Euphoria' Special
We've Getting a Season 2 of 'Bridgerton'
New Drama Movies That Promise to Move You
The Sexiest New Movies of the Year
A Look Back at Princess Anne's Life in Photos
Where Is the Cast of 'Gilmore Girls' Now?
'The Bachelor' Is Back!