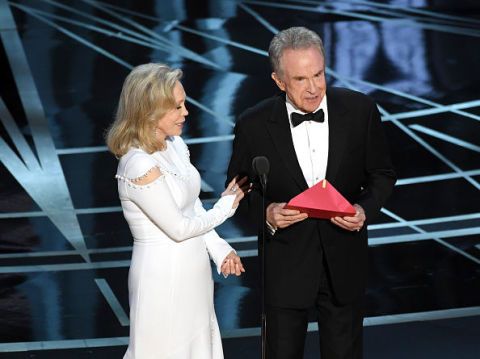 In a moment that will truly go down in Oscar history and also WTF history, La La Land got on stage and accepted the award for Best Picture after Warren Beatty announced the film as the winner.

The La La Land producers were interrupted mid-speech after the Oscars crew realized the mistake, and Moonlight came on to take their place after an awkward but respectful exchange. For his part, Beatty explained "I want to tell you what happened. I opened the envelope and it said 'Emma Stone La La Land.' That's why I took such a long look at Faye and at you. I wasn't trying to be funny."

Watch the full moment go down below.