At long last, someone has put Hollywood's ongoing diversity issue in terms the industry can understand. According to a new study, movies with diverse casts consistently make more money at the box office than their less diverse counterparts.

Movies that attract a diverse audience—which often goes hand in hand with a diverse cast—make nearly three times as much during their opening weekends.

Per The Los Angeles Times, the study from Creative Artists Agency (which focused specifically on cast ethnicity) found that diverse movies outperform non-diverse movies at every budget level, meaning that this isn't unique to indies or to blockbusters. The data, which will be released in full during a private leadership conference in California today, also shows that movies that attract a diverse audience—which often goes hand in hand with a diverse cast—make nearly three times as much during their opening weekends as movies that attract non-diverse audiences.

In other words... non-white people go to the movies, and they are more inclined to see films that acknowledge their existence. Pretty intuitive. The impetus for the study came out of an MPAA report which found that non-white moviegoers made up 49 percent of tickets sold in 2016, and 45 percent in 2015. As Christy Haubegger, leader of CAA's multicultural development group, put it: "People want to see a world that looks like theirs." 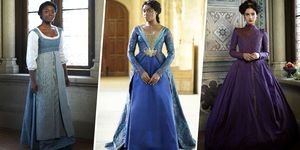 Exclusive: The Stars of \'Still Star-Crossed\' 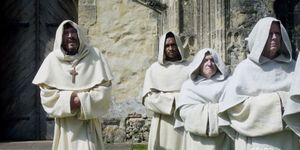 The White Princess\' Went Against the Racist Norm 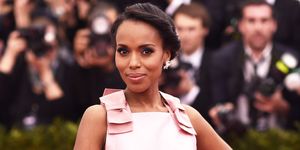 The study examined 413 theatrical films released between January 2014 through December 2016, and found that for many of the highest-grossing movies in 2016 and 2015, non-white moviegoers made up nearly half of the opening weekend audience. The study also found that opening weekend box office for "truly diverse" films—defined as having a cast that is at least 30 percent non-white—outperforms releases that are not truly diverse. The best-performing movie out of all those evaluated was Star Wars: The Force Awakens, which had a roughly 40 percent diverse cast and a 38 percent diverse audience.

In summary: A more diverse cast brings a more diverse audience, which brings in more money. If morality and logic haven't been enough to turn the tide on Hollywood's diversity problem, surely $$ ought to do it.

This content is created and maintained by a third party, and imported onto this page to help users provide their email addresses. You may be able to find more information about this and similar content at piano.io
Advertisement - Continue Reading Below
More From Culture
'The Great British Baking Show' Is Coming Back!
Here's the 2021 'Great British Baking Show' Cast
Advertisement - Continue Reading Below
Meet the Cast of Netflix's 'Squid Game'
We're Getting a Season 4 of 'Manifest'
Emma Mackey From 'Sex Education' is a Rising Star
The 'Sex Education' Season 3 Ending, Explained
Action Movies With Strong Women Front and Center
'Bachelor In Paradise' Spoilers: Your 2021 Guide
'Bachelor In Paradise' 2021: Everything We Know
Films With Plot Twists You'll Never See Coming