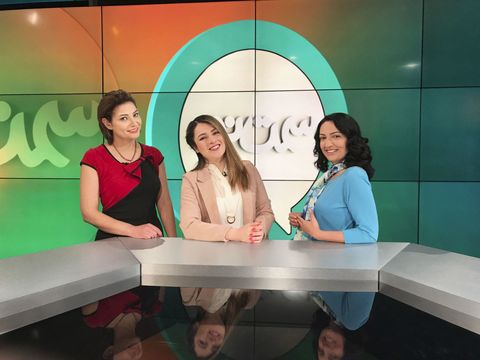 Iran's first all-female talk show judges its success by an unusual measure: how much the government hates it. The pioneering weekly show, Samte No ("New Direction"), launched last October and caused an instant outcry among Iran's religious hard-liners. With a format similar to that of The View, it features three educated, stylish Iranian hosts in Western dress discussing topics ranging from President Donald Trump's state visit to the Middle East to voting rights to fatwas against wearing nail polish or riding a bicycle. "Women expressing their opinions on TV is very threatening to our ultraconservative rulers," says Maryam Faghihimani, one of the show's hosts. "They label us 'criminals who shamelessly promote women's empowerment.'"

"We have the freedom to talk about important issues such as politics and sex that are taboo inside the country."

Iran's regime is unable to ban the show, however, because it is filmed in London by liberal Persian station Manoto TV and beamed into the country via satellite. While YouTube and other "un-Islamic" websites are easily blocked by the authorities, international satellite television reaches an estimated 70 percent of Iranian households. "Our station has around 30 million viewers in Iran, so a lot of women watch our show," says Faghihimani, a human-rights expert now based in Norway (for the tapings, she flies to London, where the two other hosts live). "We have the freedom to talk about important issues such as politics and sex that are taboo inside the country."

Faghihimani is considered particularly dangerous by the government, as she is the rebellious daughter of an Iranian ayatollah, a high-ranking religious ruler. "You can imagine how angry they are that I am speaking out," she says. When Iran's state media runs stories condemning the TV show and its female hosts, it blurs out their bare arms and legs. "They can censor our Western outfits all they like," says Faghihimani, laughing, "but it will take much more than that to censor our voices." 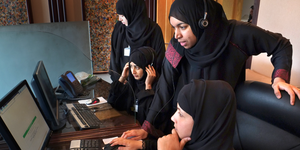 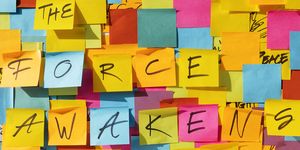 More Women Want to Run for Office Than Ever Before

This content is created and maintained by a third party, and imported onto this page to help users provide their email addresses. You may be able to find more information about this and similar content at piano.io
Advertisement - Continue Reading Below
More From Culture
Watch These Ghost Movies at Your Own Risk
'Haunting of Hill House' Will Return Soon
Advertisement - Continue Reading Below
Where You've Seen the Cast of 'Away' Before
Fans Are Clamoring for a Second Season of 'Away'
It's Been a Weird Year for 'The Bachelorette'
Fans Are Speculating About This 'Bach' Contestant
16 Books by Latinx Authors We Can't Put Down
30 of the Best Sex Podcasts
The Best Korean Dramas to Get You Hooked
Here's How to Help Victims of the Deadly Wildfires