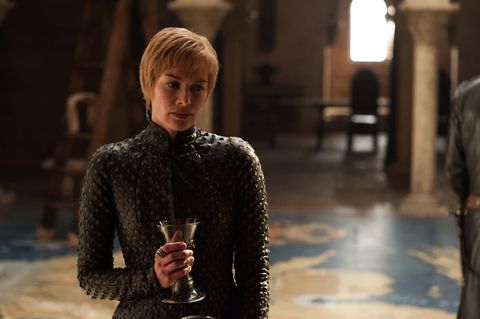 Hello, and welcome to a Game of Thrones theory that will haunt your nightmares. Remember a couple of episodes ago when Cersei announced that she was pregnant with her brother's baby? Yeah well said baby might be a casual shadow monster—surprise! 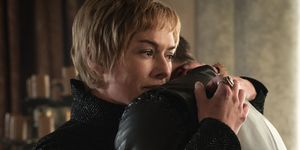 This \'GOT\' Prophecy Has Us Worried About Cersei

In one of the more disturbing fan theories we've come across, a Redditor reminds us that Cersei and her hand Qyburn (AKA that creepy guy known for experimenting on humans) have been in cahoots together—but the specific details of said cahoots have been under wraps. They're definitely up to something, but what if they've found a way to impregnate Cersei with a demonic shadow baby? This is where you're probably going "ermmmm," but suspend your disbelief for a few more moments....

The theory reminds us that Cersei technically can't be pregnant due to an old prophecy that she'd only have three kids. That said, Melisandre proved that characters can be "pregnant" on Game of Thrones and not nessicarily have a human baby.

The rest of the theory is as follows:

"[Melisandre] was pregnant when we met her. but her baby turned out to be a black magic shadow assassin for Renly Baratheon. Qyburn, [Cersei's] current hand/ master of whispers/creepy Alchemist dude is plotting something with her. And [Cersei] seems much more willing to work with Dany after she finds out she is pregnant, as if she knows it won't actually be a problem. I'm Theorizing that Qyburn figured out the Shadow Assassin Baby trick and [Cersei] is targeting Dany."

If this is true (and that's a huge "if"), Cersei's wielding a massive source of power—and she's meeting Dany face-to-face in Sunday's finale. Need we remind you of what happened last time a shadow baby was on this show?

That thing does not mess around. 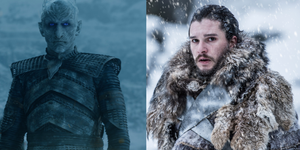 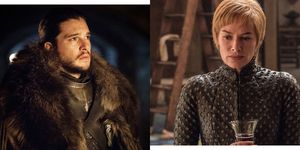 Jon and Cersei Have an Interesting Connection