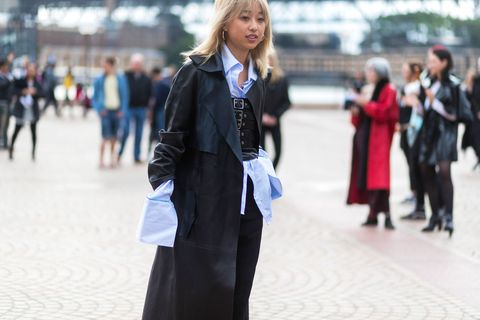 We'd be willing to bet five dollars that, hanging in your closet right now, there are at least a few shirts with arm tubes shaped like flutes or bells or a cumbersome cut of meat. This is because The Big Sleeve is one of fashion's main initiatives, providing such benefits as billowy wrists, *prettier hand talking,* and greater satisfaction when you do a modified Clueless "Rolling with My Homies" move as you listen to Kendrick's "Love" for the 35th time today. 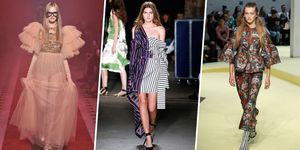 The Biggest Sleeves from Fashion Week

However, as with most things we are attracted to, the BS (hehe) also wants to kill you slowly and excruciatingly. Think of the Festi Wristband Principle, then apply that to the frills drooping past your fingertips being dipped in mucky sink water, brushed across coffeeshop counters, and just hanging there, waiting to absorb other people's sneezes. Then think of how they smack you in the face when you cover your mouth to yawn.

This is not the first we've heard of clothing-related health concerns. Your prized souvenir from Coachella—AKA your wristband—is basically a breeding ground for one of those 19th-century diseases that give you unstoppable diarrhea. (Cut it off, for the love of Jonas Salk. An informal survey of two-year-old wristbands found that they carry bacteria that can cause boils, infections, and acute food poisoning—it's lit!) Meanwhile, you've probably heard of another study, in which researchers determined that doctors' neckties carry pathogens, some of which are drug-resistant.

Mildly terrifying. But before you go accusing us of "you will get pregnant, and you will die" alarmism, just know that we are doing this because we care about you. And you don't have to give up your Caroline Constas toile tiers for a hazmat suit, because that's 1) much harder to make chic, and 2) no way to live, even though the world was invented with our destruction in mind. Just toss your shirts in the wash—and be careful to hold onto any excess fabric when you go to wipe.