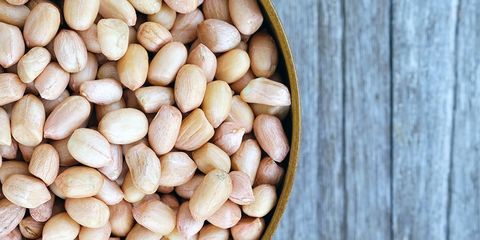 According to the Food Allergy Research & Education (FARE), peanuts are one of the top food allergies in the country, and the rates of tree and nut allergies have tripled since 1997. But a new clinical trial is showing promising results among those tested, giving hope to peanut-allergic individuals everywhere.

Aimmune Therapeutics, a biotech company in the US, conducted a year-long clinical trial in which they administered daily capsules of their peanut flour to 500 children and teens. By the end of the year, they found that 67 percent of the participants were able to tolerate 660 mg of peanut protein (about two nuts), as compared to the 4 percent of participants on a placebo powder.

But that doesn’t mean you should go buy some peanut protein powder and try it on yourself at home, because even in the controlled trial (with specifically formulated powder), some children faced adverse reactions that caused them to drop of the study.

Related Stories
15 Foods You Should Never Eat. Ever. 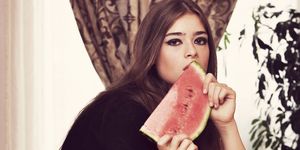 15 Foods That Scientifically Alter Your Mood

And, as you can see from the results, the drug wouldn’t allow your peanut-allergic friend to chow down on a peanut butter and jelly sandwich, but it would help reduce a life-threatening reaction if they’re exposed to peanuts. Which, when we’re talking about life or death, is huge.

Aimmune is hoping for FDA approval later this year, and is likely to cost—according to the company’s chief executive—$5,000 to $10,000 for the first six months of treatment, and then a cool $400 a month after that. So fingers crossed the only thing inaccurate about these findings is the price, because nobody should have to go bankrupt trying to prevent anaphylactic shock.

Chloe Metzger Deputy Beauty Director Chloe Metzger is the deputy beauty director at Cosmopolitan, obsessively writing about new makeup launches, the best hair products (curly girl here; whattup), and the skincare formulas that really work for every skin type (follow her on Instagram to see behind-the-scenes pics of that magazine life).
This content is created and maintained by a third party, and imported onto this page to help users provide their email addresses. You may be able to find more information about this and similar content at piano.io
Advertisement - Continue Reading Below
More From Health & Fitness
Power Pick: SoulCycle's At-Home Bike
Yes, You Should Be Taking a Probiotic Every Day
Advertisement - Continue Reading Below
The Best Workout Apps for Women Who Want Results
Pilates Mats for Crushing Your Fitness Goals With
Our Favorite Yoga Apps for Beginners
Stress-Relieving Gifts That Will Put You at Ease
How Do We Find Joy Again?
Dr. Fauci's Advice for Keeping Your Immunity Up
How to Build a Mini Gym at Home
Transitioning in the Age of Zoom