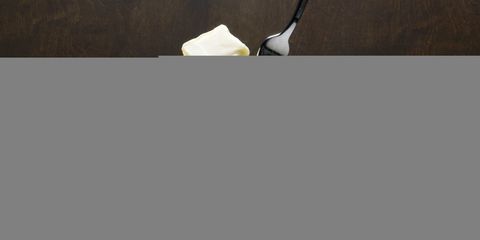 The much-discussed Bulletproof Diet, a new spin on the also-much-discussed paleo regimen, has a catch: You can shamelessly indulge in butter, but only if you put it in your morning coffee. While this sounds less than appetizing at first blush, the coffee concoction has already taken off in the health community—not to mention the fact that our former cover girl Shailene Woodley swears by it.

A little background: The Bulletproof program was created by American technology entrepreneur Dave Asprey, who lost 100 pounds by sticking to a diet consisting of 50-80% fat, 5-30 % carbs, and 10-30 % protein. The concept was born when Asprey was hiking in the Himalayas and treated by locals with yak butter tea.

Though blending coffee and butter is actually an old tradition from various parts of the world, Asprey sought to create a version for everyday use here in the States. The recipe? Low-mold coffee, MCT oil, and grass-fed butter. This concoction (which reportedly suppresses hunger until lunch time), paired with staying away from fruits, intermittent fasting, cutting out processed foods, and an unorthodox approach to whole grains (white rice good, brown rice bad) is the essence of the diet. And in addition to weight loss, it purports to boost mental clarity, energy, and even reduce cancer risks.

Those are awfully big claims for an already eyebrow-raising regimen, so we looked to Stephanie Middleberg, RD and founder of Middleberg Nutrition in New York, for a reality check. How can butter, even if it is organic, possibly be healthy?

"Butter from grass-fed cows is rich in CLA (conjugated linoleic acid), which helps reduce belly fat, protects against cancer, and encourages muscle growth," she explains. "The key is to purchase organic grass-fed to get the health benefits, as animals fed greens will be healthier than those raised on corn, grains, and antibiotics. It's also important to still be mindful of portions. Saturated fats aren't the enemy they once were, but unlimited amounts aren't recommended."

But more importantly, Middleberg's verdict on the Bulletproof Diet is that its cult coffee elixir might be the only thing it has going for it. "We know certain fats are not bad for you, but this diet takes it to another level, one that we don't know is healthy yet," she says. "I don't like the fact that this is so low-carb and frankly focuses on the benefit of one food group alone. Bulletproof coffee, although tasty and certainly okay to include in your rotation as a breakfast, is less nutritionally dense than other foods."

So maybe hold off on buying out all the Organic Valley at the grocery store. At least until your Starbucks barista starts asking if you'd like an extra shot of butter with that.

Go Wild: My Month as a Hunter Gatherer—and How It Affected My Health

The Best of Boutique Fitness