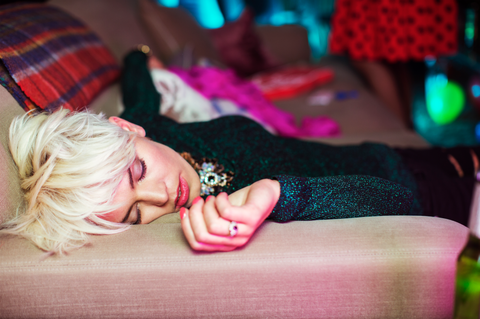 Unless you're one of those rare real-life superheroes who manages to get eight solid hours of shut-eye every single night (how do you do it?!), science has told you for years that you're probably not sleeping enough. Your doctor has reiterated it, your teachers nagged you about it, your mom still mentions it practically every time she calls.

Great news! You're allowed to stop feeling guilty now, because according to the National Sleep Foundation—people who know what they're talking about—you may actually need less sleep than you and everyone else in your life thinks. Twenty-five years after releasing their much-cited sleep guidelines, the nonprofit consulted a handful of scientists and experts to update the official recommendations, and they've just released their findings.

Pretty much everyone, from infants to octogenarians, needs less sleep than previously suggested. That's not to say they shouldn't crash for 12 hours, but their overall wellbeing won't be affected by spending less time under the covers.

Since you're neither an infant nor an octogenarian, you're probably wondering how many Zs you need to catch.  The National Sleep Foundation's new guidelines recommend that young adults (18-24 years) and adults (26-64 years) get between seven and nine hours. However, a mere six hours "may be appropriate," which essentially means that while it's not ideal to snooze for only half a dozen hours each night, it's also not going to kill you.

What Your Weird Sleep Schedule Is Doing to Your Body

10 Ways to Wake Up Prettier Than You Went to Sleep

This content is created and maintained by a third party, and imported onto this page to help users provide their email addresses. You may be able to find more information about this and similar content at piano.io
Advertisement - Continue Reading Below
More From Health & Fitness
Finding Self-Worth in My Self-Harm Scars
3 Risky Places to Avoid During the Pandemic
Advertisement - Continue Reading Below
How I Mental Health by Marc Jacobs
7 Signs You May Have Had COVID-19 Already
The Best Workout Apps for Women Who Want Results
Nike's New Maternity Line Is a Game Changer
What It's Like Living With Pure Obsessional OCD
Protestors: "Tear Gas Is Messing Up Our Periods"
Racism Has Created a Mental Health Crisis
Single Parenting and the Pandemic? No, Thanks.