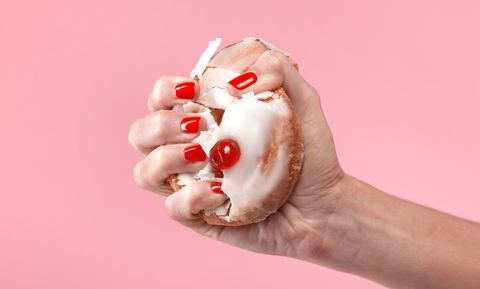 Juice cleanses, Atkins, elimination diets, and the mythical "lose ten pounds in two weeks" diet plan. You could probably think of a dozen more options that trainers and fitness gurus have praised as *the* game-changing diet and fitness regimen, but which of them actually help you keep off the weight after the moment you shimmy into your bathing suit?

Dr. Felicia Stoler—a registered dietician, nutritionist, and the author of Living Skinny in Fat Genes: The Healthy Way to Lose Weight and Feel Great—is now a source for clients and consumers on healthy eating, but in her younger years she was a little more like us. "I was the gal in her 20s who did every diet in every magazine and took advice from the meathead trainer at the gym and was very frustrated because I wasn't meeting my goals. And it's because I didn't understand the body," she noted.

Today she walks me through the actual ways that the body responds to "lose weight fast" diet plans and fad elimination plans. For one, the "lose ten pounds in 2 weeks plan" is successful only in the sense that you're essentially starving yourself. Consider the math….

And while you can experience temporary weight loss after a quick-turnaround diet, Stoler says that you risk not only putting on the weight once it's over, but also gaining *even more* weight as a result. "When you go into that starvation mode, you start eating away at your muscle mass for fuel. So, when you put it back on quickly, you put fat back on instead of muscle.The muscle takes a little bit longer to build," she explains.

Other fad diets don't fare much better. With elimination diets that focus on taking away—rather than emphasizing moderation or prioritizing healthier foods—you run the risk of skipping out on needed nutrients.

She notes that gluten-free diets, for example, mean racking up a B-vitamin and fiber deficiency that should be countered with fiber from fruits and vegetables. Other common elimination diets cut down on carbs, which includes carb-heavy fruits and vegetables, though as Stoler reminds us, you can't subsist on purely meat and fat.

"You can eliminate a whole food group, but that's not sustainable."

As for the ever-popular fat-free diet? "What we know about fat is that fat carries viable vitamins A, D, E, and K and we need to have those transported and stored in our body," says Stoler. Since we need fat for insulation, she stresses that the goal there should be switching over to healthy fats derived from foods like avocado and nuts or if you must, getting saturated fats from vegetables (like coconut oil or Malaysian sustainable palm oil).

The list could go on and on, though Stoler sums it up neatly by saying, "You can eliminate a whole food group, but that's not sustainable. Think about sustainability and what can you do so you don't binge the next time you're around food. I've found that people who have been on Atkins-style diets, once they've lost all that weight they could eat an entire loaf of bread in one sitting.

Instead of focusing on how to trim inches off your waist in the shortest amount of time, Stoler recommends taking weight change in smaller strides. For starters, her recommendations:

1.) If you don't eat any vegetables now try adding one vegetable a day. If you don't drink any water now, start with one glass of water a day.

2.) If you're not exercising, try walking five minutes every hour that you're sitting at work and add 40 minutes of physical activity. ("What's the likelihood that the person who's saying they've never been to the gym before is going to do excessive amounts of exercise at once and stick to it?")

3.) Drink more club soda or water and lay off the alcohol.

It's the smaller goals, she says, that are always more realistic, though you could really think of it as a bigger picture mentality. After all, the top ranking diet plans on the U.S. News' list for 2016—evaluated by a panel of health experts—weren't really diets, per se, but rather ways of shifting eating behavior in the long-term. The DASH diet that tops the list of best diets overall simply encourages eating more of what you've always been told to eat—including leafy greens, whole grains, and lean protein—while skimping on the salt and sugar.

Other ways that people can take control of their health is through continued exercise and sleep, Stoler says, which lowers the stress levels that influence how we store fat in our bodies. She notes that exercise should never be exclusively used as a weight loss tool—take better sleep and lower cholesterol as other perks!―and that it's the "exercise as punishment" mindset that sets so many people back.

As for a healthier and more realistic timeline for dropping pounds? Stoler recommends not aiming to lose more than two pounds per week. Maybe that means planning ahead if you're a "beach body" idealist, but it also could mean cutting yourself slack and realizing that some New Year's goals require more patience and self-love than a glass of lemon juice can give you.

This content is created and maintained by a third party, and imported onto this page to help users provide their email addresses. You may be able to find more information about this and similar content at piano.io
Advertisement - Continue Reading Below
More From Detox Diet 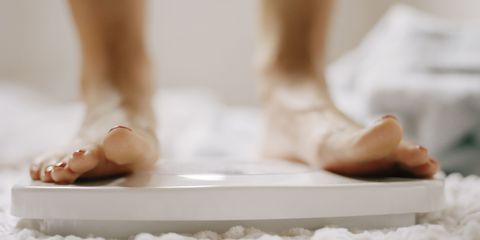 Diets That Work: 10 Things They All Have In Common 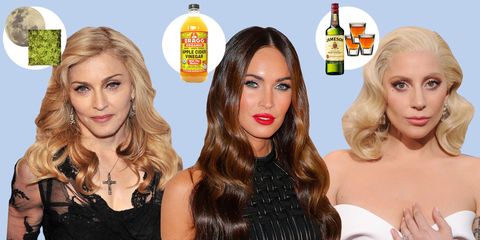