Yesterday, Congress passed a tax bill less popular than Matt Lauer at a company Christmas party. Just one-third of Americans were in favor of it, and two-thirds believed (rightly so) that it will do more to benefit the wealthy than the middle class, despite promises from politicians to help the latter. So how did it possibly get approved? With a strict party-line vote—only Republicans for, only Democrats against.

Republicans and Democrats couldn’t hate each other more. That’s not hyperbole: According to a Pew Research Center report released in October, the gap between the two parties is wider than ever before. And George Washington, while rolling in his grave, is pausing just to say I told ya so.

In 1796, Washington warned the American people that political parties would become “potent engines by which cunning, ambitious, and unprincipled men will be enabled to subvert the power of the people and to usurp for themselves the reins of government.”

Since 1994, the proportion of Americans with a “highly negative view” of the opposing party has doubled.

Sounds familiar. As America’s first leader accurately prophesied, our two-party system has become one of crazed competition. A system where—as evidenced by this week's brouhaha surrounding the tax vote—political leaders care more about winning (actual subject line of an email I received from the RNC yesterday: "WINNING") than rightfully representing the people who put them there. It’s become a battle for political power, rather than a battle for the good of the people. A battle based solely on relentless pettiness.

Such pettiness was exemplified earlier this year when, in July and again in September, a group of Republican senators wanted so desperately to defeat Obamacare (and with it, the Democrats) that they met behind closed doors to sloppily draft a bill that would leave 23 million Americans without healthcare coverage.

When the bill didn’t pass, President Trump declared his newly devised plan was to “let Obamacare fail.” He made good on his word in October by issuing an executive order cutting off insurance subsidies. Because, again, defeating the Dems (and giving the rich a tax break) is far more important than the wellbeing of Americans.

Through Trump’s numerous scandals in his just ten months in office, Republican lawmakers have stood by the president, likely with their own re-election in mind. After Trump’s controversial firing of FBI director James Comey, Speaker of the House Paul Ryan defended Trump’s decision, stating that Comey had “become an issue himself.” When Trump fired off a wildly unsubstantiated tweet claiming Obama wiretapped him, McConnell refused to even comment. And when Trump retweeted a video edited to depict him hitting Hillary Clinton in the head with a golfball, the lack of reaction and condemnation from Republican lawmakers was inversely proportional the outrage expressed after the Kathy Griffin incident.

But Democrats aren’t innocent when it comes to playing partisan politics. In August, Pelosi bragged that they have “won every fight” against Republicans under Trump. And in May, after Republicans lacked the votes to pass yet another healthcare bill, a group of Dems in the House sang “Na na na na, na na na na, hey hey hey, goodbye,” in stereotypical high-school-basketball-rivalry fashion.

Voters aren’t happy about the side-taking. Frustration with the two-party system has been posited as a cause of the substantial increase in third-party voting in the 2016 election. Both Gary Johnson and Jill Stein tripled the Libertarian and Green Party votes, respectively, from the 2012 election. That surge is thought to have affected the outcomes in swing states. “In Florida, Pennsylvania, Wisconsin, and Michigan, third-party voters had an enormous, Nader-like impact,” said MSNBC’s Steve Benen. Meanwhile, in states including Nevada, Oklahoma, and Ohio, there was an evident increase in protest votes (either writing in a person of your choosing or not voting at all). But our two-party system is so ingrained in America's political machine that protest votes simply swing an election to Democrats or Republicans.

Twenty years ago, there was evident overlap between the ideological politics of Republicans and Democrats in Congress. Today, such overlap no longer exists. And with the disintegration of ideological overlap came an increase in partisan hostility. Since 1994, the proportion of Americans with a “highly negative view” of the opposing party and a belief that the other side’s policies “are so misguided that they threaten the nation’s well-being” has doubled.

The majority of Americans—regardless of political affiliation—believe in access to birth control and support gay marriage.

Although these figures have increased drastically, the majority of Americans don’t actually express parallel beliefs. Most Americans do not identify as consistently liberal or consistently conservative. And most Americans believe that elected officials need to compromise with their opposing party in order to resolve arguments and pass effective legislation. 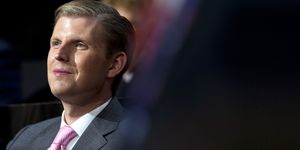 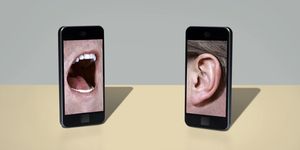 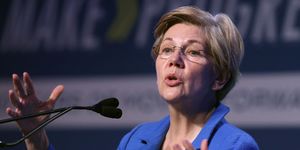 It seems as though the expected beliefs of our political parties are more divided than the actual beliefs of our people. According to recent Gallup polls, Americans hold record-high liberal views on moral issues. The majority of Americans—regardless of political affiliation—believe in having access to birth control, support gay marriage, believe the effects of global warming are evident, and more.

This disparity is largely attributed to the fact that moderates are less likely to vote, donate to political campaigns, and contact elected officials, which means the voices of those on the extremes are the ones that get heard.

Political parties no longer serve their original purpose: connecting the American people with a distant government. They have become an intimidating and persuasive presence, coercing unsure voters to back a candidate with which they may not fully agree. They have led us to believe we are far more different in our politics than we truly are. And they have become a divisive force in our country, unremittingly building a wall between the left and the right. We were told this would happen more than 250 years ago. It's high time we listened.