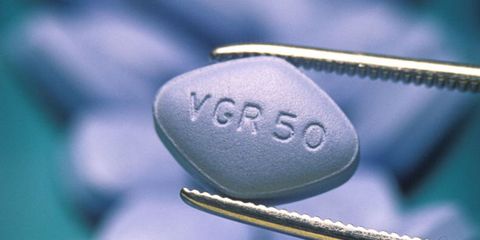 Tired of using traditional means to battle restrictive abortion laws, South Carolina State Rep. Mia McLeod has proposed a bill that would make it as hard for men to get erectile dysfunction drugs as it is for women to get an abortion.

While she knows the measure will never be passed, McLeod told local news that she devised the legislation "to make it as invasive, as intrusive, as hypocritical and unnecessary as possible to make the point." Setting out to let men know just how much fun it is when government officials decide to intervene in the reproductive choices of individuals, McLeod outlined the specifics of the new bill.

They include: a mandated 24-hour waiting period, the submission of a notarized affidavit from a sexual partner that testifies that the patient has a problem with erectile dysfunction, an examination by a state-approved sexual therapist to rule out concerns that his erectile dysfunction is the result of "one or more psychological conditions," and three outpatient counseling sessions in which it is proposed that the patient consider "celibacy as a viable lifestyle choice."

All in favor, say aye.