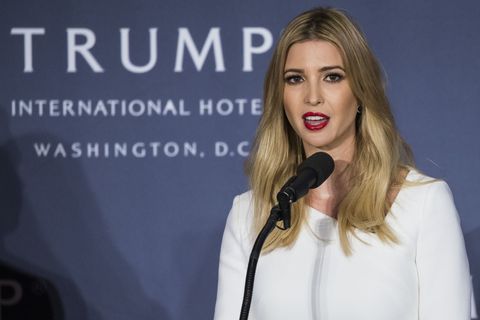 It's been less than two weeks since Donald Trump was elected president, and already his first foreign diplomacy meeting is turning heads.

A handout photo shows Trump meeting with Japanese Prime Minister Shinzo Abe in Manhattan's Trump Tower...with his daughter, Ivanka Trump, listening in. CNN correspondent Ivan Watson deleted his tweet of the picture, but not before various reporters, political commentators, and other users pointed out the inappropriateness of Ivanka's presence.

The reason so many people are peeved? Allegedly, Ivanka will be running Trump's businesses in a blind trust after he enters office, which means that her presence in diplomatic meetings is mixing Trump's presidency with his business.

Let's think about this for a second. What reason could there possibly be for Ivanka Trump to sit in on her father's presidential diplomacy meetings? Is there even a reason other than the Trump family's financial benefit?

"Conflict of interest" seems like it may be a theme of the next four years.