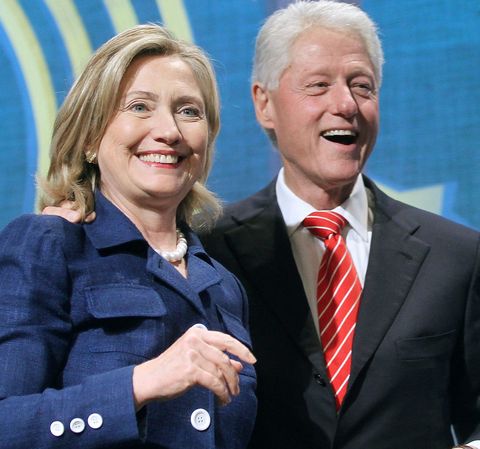 There is a very real possibility that Hillary Clinton could be the first female president of the United States (*happy sobs*), which means Bill Clinton will be...wait...what will he be? First husband?

Bill is entering uncharted nickname territory, and Hillary seems well aware—in fact, she wants to hold a contest to see who can come up with the best name for him.

First Dude has a nice ring to it, but it's nowhere near as sophisticated as other options, like First Bro, or the slightly more upscale First Brah.