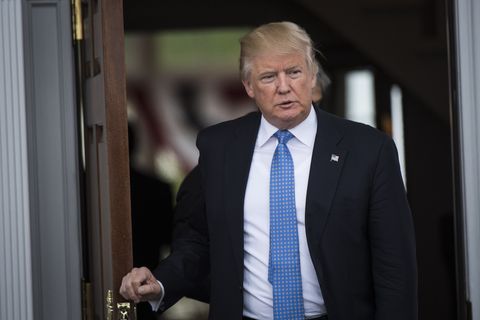 Donald Trump tweeted this morning that anyone who burns an American flag should face unspecified "consequences," such as jail time or a loss of citizenship.

The president-elect's suggestion is a direct conflict with free speech rights guaranteed by the Constitution—the Supreme Court ruled in 1969 that flag-burning is protected by the First Amendment. (Conservative judge Antonin Scalia, whose recent passing leaves a vacancy that Trump is looking to fill, was in the majority on that ruling.)

Some are suggesting that Trump's incendiary tweet is, like the fuss he made surrounding vice president-elect Mike Pence's visit to Hamilton, an attempt to bury bigger news. Just this morning, the Washington Post published a story on his son-in-law and central campaign figure Jared Kushner's potential conflicts of interest in a Trump White House.

Reporting contributions from the Associated Press.