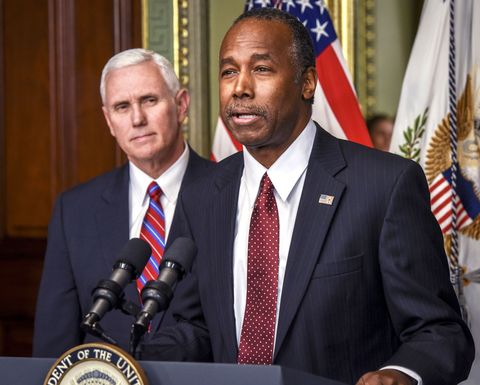 Ben Carson—neurosurgeon, former Republican candidate for President, and newly-confirmed Secretary of Housing and Urban Development—referred to slaves brought to the United States as "immigrants" with a "dream" during a speech to his staff earlier today.

Carson's words were immediately condemned on social media, with everyone from the NAACP to the Anne Frank Center to Samuel L. Jackson commenting on the outrageousness of his remarks.

Carson has no experience working with housing or urban development, and has never held political office of any kind. "Ben shares my optimism about the future of our country and is part of ensuring that this is a presidency representing all Americans," said President Trump in December, when he nominated Carson.