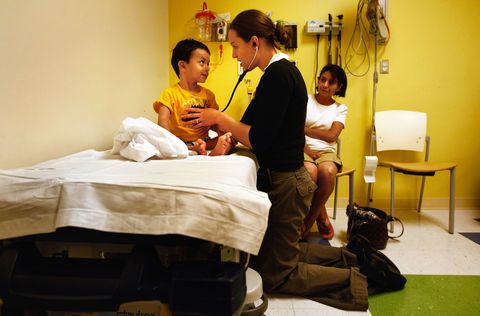 Donald Trump's replacement for Obamacare has been called "dead on arrival" by countless congressmen and analysts. Now, House Republicans are making a last-ditch attempt to save the bill by making it even worse.

The White House is reportedly hoping to woo hardline Republicans by stripping away requirements that insurance provide essential health benefits.

If passed, this means insurance providers would no longer be required to pay for:

Pediatric services, including oral and vision care for children

Outpatient care without a hospital admission

These changes would devastate the poor, the sick, and the elderly. Right now, the way health insurance works is that the high costs of treating chronic illnesses or paying for maternity care are spread out among both healthy and unhealthy people.

Some of the most conservative Republicans in Congress want that to end. They would prefer a system where people buy exactly what insurance they need. Basically, no men or women past childbearing age would purchase maternity care insurance. That would make the cost of insurance cheaper for people who have no intention to have a baby, but the cost for anyone who does would skyrocket.

"Losing Obamacare Could Kill Me" 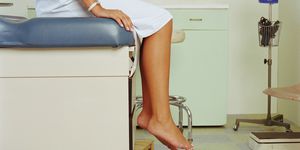 This is important, because despite what some Republicans are saying, this type of insurance plan does not make healthcare cheaper. It just redistributes the costs. Basically, it would make it cheaper for young, healthy people... but only if they stay young and healthy. Meanwhile, women who plan to have children, old people, chronically sick people, people who need rehabilitative services and children would all suffer huge increases in what they pay.

It's unlikely this updated version of the law would pass the Senate, where Republicans hold a much more narrow lead than they do in the House. But if it does, it's the poor and sick who will pay the price.

Advertisement - Continue Reading Below
More From Politics
Hope Is Roe's Last Chance
Is Any Republican Running Against President Trump?
Advertisement - Continue Reading Below
Get to Know CBS News Anchor Norah O'Donnell
Everything We Know About Senator Warren's Husband
Mayor Pete's Husband Would Be a "First Gentleman"
How a Parkland Mom Turned Her Grief into Action
He Voted for Trump. She Voted for Bernie.
How Guerrilla Feminists Are Fighting Femicide
Who Was Mayor Pete's Father, Joseph Buttigieg?
Nancy Pelosi, Icon, Ripped Up Trump's SOTU Address