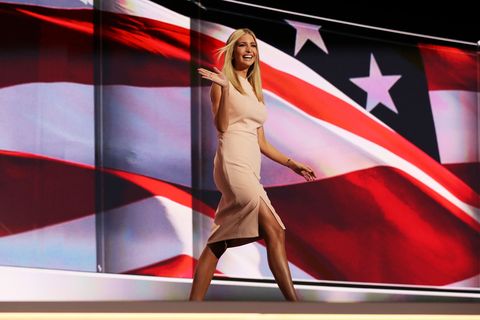 Remember when Donald Trump made his daughter Ivanka Trump "Assistant to the President," and she became one of his key advisors? And you were like "Hmmm, last time I checked she was running a fashion empire, but sure!" Well turns out Ivanka's just not that into politics—a nugget of information that is the opposite of comforting considering she has the ear of the world's most influential political leader.

"I try to stay out of politics," Ivanka said during a befuddling interview on Fox & Friends. "I—his political instincts are phenomenal. He did something that no one could have imagined he'd be able to accomplish. There were very few who thought, early on. I feel blessed to have been part of the ride from day one and before. But he did something pretty remarkable. But I don't profess to be a political savant, so I leave the politics to other people."

Thanks for the honesty! But perhaps, just maybe, if you don't profess to be a political savant, and you are actively trying to stay out of politics, it's best not to advise the president. Perhaps someone who is at least interested in/qualified for the job should have that position. And no, we're not referring to Steve Bannon. 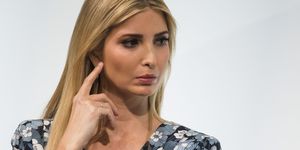 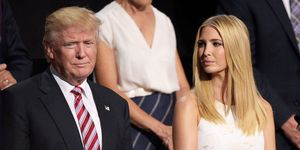