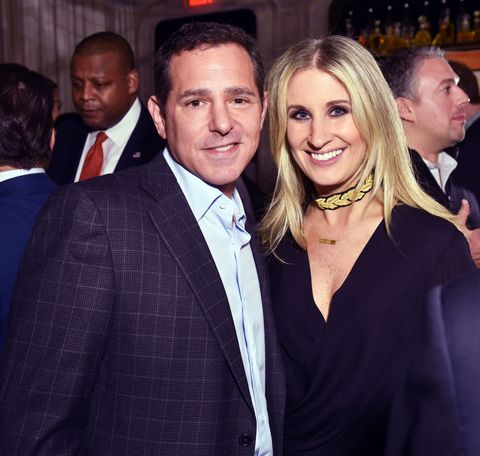 Here's everything that's happened to Anthony Scaramucci in the past two weeks: On July 21, he was named communications director at the White House, replacing Mike Dubke, who had resigned nearly two months prior. That same day, press secretary Sean Spicer resigned, reportedly in protest of Scaramucci's hiring. Later that day, Scaramucci gave his first press conference and blew the White House press corps a kiss. The next week, he called a reporter at The New Yorker and launched into an expletive-filled tirade about his new coworkers, which The New Yorker published. That was in his first full week on the job.

Now, it appears Scaramucci's brief but tumultuous political career is taking its toll on his personal life. According to Page Six, Scaramucci's wife, Deidre Ball, has filed for divorce. The report cites anonymous sources, and Ball couldn't be reached for comment, but sources told writer Emily Smith that the two are ending their marriage after three years. 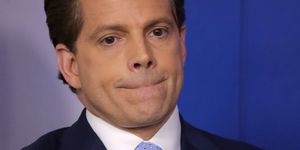 A List of WH Staffers Saying "C*ck" on the Record 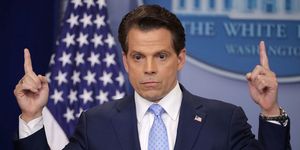 Apparently, according to the report, it came down to differences over Scaramucci's political career. Scaramucci had worked in the financial sector before aligning himself with President Trump, and his wife works as vice president of investor relations at SkyBridge Capital, the company he founded.

"Deidre has left him and has filed for divorce. She liked the nice Wall Street life and their home on Long Island, not the insane world of D.C.," Page Six reports that one source said. "She is tired of his naked ambition, which is so enormous that it left her at her wits' end. She has left him even though they have two children together." Deidre is allegedly not a fan of Trump, though she has donated to both Democratic and Republican campaigns in the past.

But another source, according to the article, seems to be on Scaramucci's side: "Anthony is focusing on his children, his work for the president and the American people. There is nothing more important to him. I don't know who Deidre thought she was marrying but anyone who knows Anthony knows he's an ambitious man."

For his part, Scaramucci has issued this statement:

Leave civilians out of this. I can take the hits, but I would ask that you would put my family in your thoughts and prayers & nothing more.