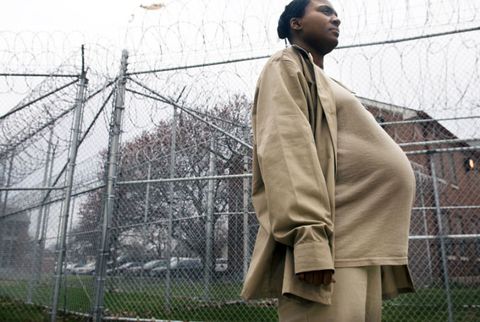 BEI BEI SHUAI was 33 weeks pregnant in December 2010 when she learned that her boyfriend, Zhiliang Guan, had no interest in marrying her — and planned to return to his wife and two kids. Distraught, the then-34-year-old Chinese immigrant, who worked with Guan at a restaurant in Indianapolis, wrote a letter telling him that she was killing herself and taking the baby with her. She then swallowed rat poison, lay down in her apartment, and waited to die.

But Shuai's dose wasn't lethal enough to kill her, and hours later she drove to the home of a friend, who took her to the hospital. Doctors filled Shuai's stomach with charcoal and vitamin K to counteract the poison, and managed to stabilize her. A week later, Shuai gave birth to a baby girl through emergency C-section. Doctors soon discovered that the baby's brain was bleeding and her blood would not clot; she died within days. Grief-stricken, Shuai spent a month in the psychiatric unit.

But her ordeal had only just begun: Five weeks later, in the first case of its kind in Indiana, the state charged Shuai with murder and attempted "feticide," the act of killing a fetus. If convicted, Shuai faces up to 65 years in prison. Her lawyers argue that the case is bogus: Neither murder nor feticide laws apply, they say. Shuai didn't kill her fetus; the baby was born alive. Plus, attempted suicide isn't a crime in Indiana. But prosecutors insist that Shuai's suicide note is all the proof needed to show she intended to kill her unborn child. In late May, Shuai was released from jail after more than a year. She now awaits trial set for later this year.

What happens to Shuai could have consequences that reach beyond her own life: If she's convicted, her supporters say, it would set a dangerous precedent in legal action against pregnant women. Thirty-eight states have feticide laws. But when these statutes were written — often after brutal crimes against expectant mothers — lawmakers never intended for them to be directed at the mother herself, say women's advocates. "Pregnant women are winding up victims of these laws instead of being protected by them," says Suzanne Goldberg, director of the Center for Gender and Sexuality Law at Columbia Law School. (Marion County Prosecutor Terry Curry, who brought the charges against Shuai, counters that the laws don't explicitly exclude mothers.)

Women's advocates see the case as the latest example of punishing expectant mothers for their behavior. Some cases involve women who drink or take drugs. For example, under a state "chemical endangerment" law in Alabama, at least 60 women have been arrested for doing drugs while pregnant. But not all women caught up in these laws have substance-abuse issues. In Iowa, a pregnant woman was charged with attempted feticide after she fell down some stairs. Initial police reports said she intentionally fell, which the woman denies. (The charges were dropped three weeks later.)

Now Shuai's case is gaining national interest: More than 3,000 people have signed a petition asking Curry to drop the charges. National Advocates for Pregnant Women, Shuai's co-counsel, uses a daily Twitter feed to chronicle how many days Shuai has been imprisoned. Eighty medical and public-health groups — including the American College of Obstetricians and Gynecologists — have filed amicus briefs in support of Shuai. Many contend that if a pregnant woman thinks that she will be thrown in jail for her behavior, she'll be less likely to seek care from her doctors, or may even terminate her pregnancy. "You can think of thousands of examples where this could be applied," says Linda Pence, one of Shuai's attorneys. "When the laws are interpreted this way, you make every pregnant woman a target of a criminal investigation unless she's perfect."

Not so, says Curry. "We have no intention to build upon this to criminalize [pregnant women's] behavior, and that's not the law," he says. "Had the defendant sought counseling, this could have been avoided. It is not our intent to discourage women from seeking appropriate care."

If the case against Shuai prevails, couldn't a woman be held criminally liable for a miscarriage or stillbirth? Curry insists that wouldn't happen. "I've seen those suggestions: What's next? If a mother smokes while pregnant? Are we criminalizing behavior?" Curry says. "Clearly not. What gets lost — what makes this case different — is that the defendant wrote a letter saying, It is my intention to kill myself and this unborn baby."

For now, Shuai must wait for the courts to decide whether she's a murderer — or a victim of depression who's paying the price for a desperate, lonely act.