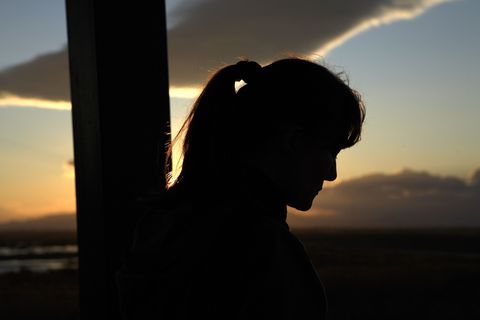 I'm going to break today's post into two parts. You might want to skip the first part, which is about my anti-depressants are making me fat, because it might be a bummer ... unless you feel comforted (as I sometimes do) by knowing that someone else is feeling fat and grumpy. Part number two, about my weekend, is a little more fun.

Whatever small amount of self-confidence I can usually muster is all but gone at the moment. The problem? The anti-depressants I started taking a few months ago are blimping me out! Just how fat have I gotten? I can't tell you in terms of poundage--I don't own a scale or ever allow myself to get on one (because then I get completely obsessive about every little pound, and it ruins my mood, my day, my life). But I can tell you that while I'm able to squeeze into my old summer clothes, they're all so tight they look terrible. And I feel terrible. Which is not good for my flirtation momentum.

Although no one ever mentioned this to me before I started taking the pills, weight gain appears to be a very common side effect of anti-depressant use. The medication seems to slow the metabolism. And beyond giving up on the meds, there doesn't seem to be much I can do to fight the effects. I don't over-eat. And there's no reasonable way I can increase the amount of exercise I do, because I'm already total fanatic. (I work out every day--I know, I know, it's crazy--and have been doing that for the last four or five years, at least.)

I started on the anti-depressants in Decemeber, and I knew I'd been putting on some weight, but I was wearing my most comfortable jeans a lot and trying to stay calm. I'd heard that after your body adjusts to the stuff, your weight sometimes goes back to "normal." And the SSRI's were helping so much that I wanted to stick with them. For the first time in eight years, thanks to the pills, I wasn't suffering from chronic insomnia and exhaustion. I was amazed by how much more energy I had, and by how much more work I could get done--not to mention how much better I felt about everything, from the present to the future.

And yet ... it seems like cruel irony that now I'm getting such a belly that I don't want to leave the house. ... Luckily, I was able to schedule an appointment with my primary care doctor for 5PM tonight. I hope she'll put me on another drug that might not have such deleterious effects!

PART TWO: I MANAGE TO DO A LITLE FLIRTING, DESPITE THE FACT I FEEL GINORMOUS

Despite my weight-gain blues, I did manage to get out of the house on Friday night. My hot alpha-male actor-friend Atticus Davidius and I hit the town, and we dragged along two other friends--my bosom buddy, the journalist Daisy Milliner, and another writer in our circle, Adam Melanman.* Though I was thirty minutes late, because I was trying so hard to find an outfit that would hit my Paxil-baby, and though I was convinced I'd feel too ugly to have any fun, my friends are so excellent that I couldn't help but have a blast. Atticus in particular was full of energy. He was joking around all night, assuming different characters and being silly. "Do it again!" I kept begging him, and he'd tell me, "I will not be your trained seal, woman!" (And then he'd do something even funnier.)

I did manage, also, to squeeze in the tiniest bit of flirting before we went our separate ways. As our little posse was walking out, I spotted one of the cutest bartenders in all of Brooklyn--whom I recognized from the place around the corner--walking out with us. "What the hell are you doing here when you work [at that other place]**?" I said to him, in a completely spontaneous blurt. "Traitor!"

He laughed, and introduced himself, and I was thinking, Is that totally killer smile of his looking ESPECIALLY killer for MOI? ... when a lady friend exited the bar and walked up next to him.

Girlfriend? I wondered. Or bartender groupie?

I watched the two of them stroll off down the sidewalk. Brooklyn's Cutest Bartender had his umbrella with him, and though the weather had never made good on its threat of rain that night, BCB opened his brolly and twirled it over the head of his lady friend--a very Chaplin-esque move. Quite possibly one of the cutest gestures I've ever accidentally witnessed in my life. BCB seemed like a sweetheart, and even if he wasn't my sweetheart, the world seemed like a better place for him being in it.

What is the take-home message for today? Maybe it's this: Never miss an opportunity to introduce yourself when you see your favorite bartender, barista or busboy out of his natural habitat!

PS: To everyone who has been emailing to say hello: I'm so glad to hear from you! To the commenters: Edwinna, I'm so surprised to hear you are married! And as for Bryant Park: I may have to stay far, far away, since Jonas Singer met his ex-girlfriend there. The cad! Wonderland and ZenXen: Please report back on how the eye contact experiment goes. And Fancy ... did you really hate the map so much? I'm going to keep my eyes open for someone for you in SF.

*These are pseudonyms, which I use for friends, lovers or potential boyfriends who will have recurring roles in my blog. I use nickames, like the Hard-Hat Hottie, for random guys who may or may not be in the picture for long. When I'm quoting pals' answers to some daterly question I have, that's when I use porn-star names.

**Which I will not mention here, in case Brooklyn's Cutest Bartender doesn't want to be mentioned.