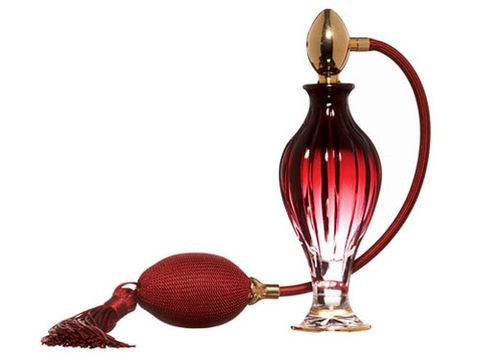 "Before the '70s, France was the world leader in fragrance, and their scents were very complex," says perfumer Kilian Hennessy. "To this day, it's very difficult to identify the notes in the ever-popular Chanel No. 5 [created in 1921]."

Revlon's Charlie changed the game in 1973, says Hennessy. "With strong notes like jasmine and orange blossom, new American scents matched the image of the liberated woman."

Composed of a few straightforward notes, Dior's Poison, created in 1985, was bold and recognizable. "In the time of big shoulder pads and big hair, fragrances had to make big, loud statements, too," says Coty's Catherine Walsh.

Thierry Mugler's Angel launched in 1992 but only became a success three years later — and kicked off a gourmand trend in the process.

Check out our new Fragrance Finder tool for more perfumes and to find your signature scent.

Advertisement - Continue Reading Below
More From Beauty
The Must-Have Products for Air-Drying Your Hair
16 Super Pretty Valentine's Day Makeup Tutorials
Advertisement - Continue Reading Below
Ashley Benson's Bob Just Got a Major Makeover
Editor-Approved: The Best No-Streak Self-Tanners
Pat McGrath's New Lipgloss Is Everything
Selena Gomez Looks So Different With a Curly Lob
How to Give Yourself the Quickest Mani Ever
Nailed It: The Ultimate Guide to a Better Manicure
Do You Have Trash Nails?
The "Clean" Nail Polish Guide