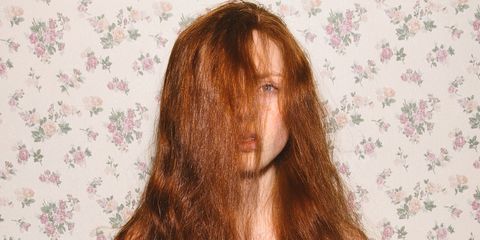 Ready to say, “Wait, what?” An Australian beer company has come under fire for releasing a beer commercial that suggests red hair is a disease that needs to be eradicated. Yup.

Last month, Carlton & United Breweries (CUB) released a commercial for its new Rusty Yak Gingery Ale, in which a narrator talks about the discovery of a “ginger” gene, saying it was “floating around in our beer, just like it's been floating around in human DNA, surprising families for generations.” After showing various redheads, the ad asks people to help “stop the spread of the gene” by looking for specially marked bottles in their new six packs of beer for a chance to win money.

Though the misguided ad was intended as a joke, consumers quickly filed complaints against CUB for the commercial’s insulting undertones, with one petition labeling the ad “a direct attack on all redheads and their families.”

“It’s very offensive for the advertisement to be discriminating against those with red hair, suggesting that they need to ‘stop the gene spreading’ as if it were some sort of disease," read one complaint to the Advertising Standards board, as reported by Mumbrella, adding that "children already get bullied at school for having red hair, and advertisements like this only further encourage that type of bullying."

According to Yahoo, CUB defended their ad, saying, “The advertisements do not promote discrimination or vilification as defined above in a literal or figurative way given the theme and overall impression of the advertisements is not negative towards reds heads [sic], but rather a humorous and comical announcement that we have discovered ‘the ginger gene’ in our beer."

Unfortunately for CUB, Advertising Standards disagreed, ruling the “stop the spread of the gene” phrase to be racist and offensive, and that the ad be removed. Though CUB did pull the commercial, it’s still viewable on YouTube, which means you can make your own informed opinion and fight about it on social media. My take? Never side with discrimination.

Related Story
Blue Ivy Big $19,000 at an Art Auction
Chloe Metzger Deputy Beauty Director Chloe Metzger is the deputy beauty director at Cosmopolitan, obsessively writing about new makeup launches, the best hair products (curly girl here; whattup), and the skincare formulas that really work for every skin type (follow her on Instagram to see behind-the-scenes pics of that magazine life).
This content is created and maintained by a third party, and imported onto this page to help users provide their email addresses. You may be able to find more information about this and similar content at piano.io
Advertisement - Continue Reading Below
More From Trending Beauty
I Tested Meghan Markle's Top Beauty Products
Glitter Pumpkin Butts Are a Thing for Halloween
Advertisement - Continue Reading Below
Behold: The Self-Tanner Fail to End All Fails
This Is Pinterest's #1 Halloween Makeup Idea
These 3 Products Cured This Woman's Acne
Princess Eugenie Just Dyed Her Hair Bright Red
13,000 People Swear By This Eye Cream
Post Malone Cut His Hair and Looks Unrecognizable
Shay Mitchell Will Only Use This One Concealer
People Are Freaking Out About Emma Stone's Hair