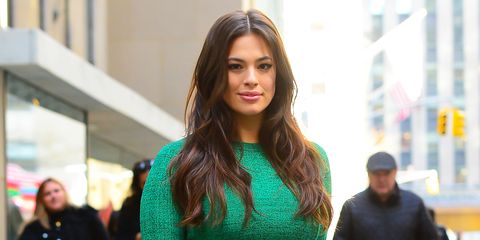 In case you missed it, Ashley Graham is basically the poster child for body positivity. Yes, 2017 was already the year of showing off natural bodies in all their glory (like ASOS not retouching its photos, Lady Gaga shutting down body shamers, and Demi Lovato embracing her non-thigh gap), but when I think of the queen of it all, I think of Ashley Graham. 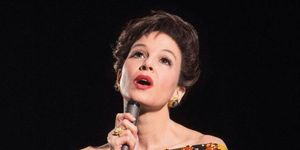 But of all the titles she's been given by society (and me), there's one she refuses to be called: a real woman. After Graham posted her most recent Instagram photo, which showed her on a beach in a bikini, people began commenting on her body, writing, "finally, a real woman," and "a real body," and "she is so real and so raw and so beautiful."

And though, on the surface, those seem like nice compliments, Graham pointed out that comments like this are actually kind of warped, and she's not here for them. She addressed the problem in her Instagram story last night, posting a photo of herself with the caption: "We are all real women. I can't stand it when I read comments that say, 'finally, a real woman,'" her post read. "No matter your size/shape/amount of cellulite—we are in this together."

Hell, yes, Graham. Because when commenters say things like a "real woman," they mean they're happy to see someone in the spotlight who looks, realistically, like them: Photoshop-free, with cellulite and stretch marks and uneven skin tones, and whatever else most humans have.

But Graham just wants people to know that there truly is no way to define what it means to a real woman, and that is why she is queen to me. Keep preaching, Ashley! 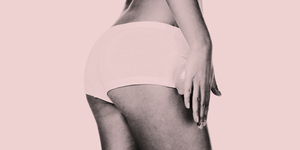 Can You Really Get Rid of Cellulite?
Yes, Ashley Graham's Family Discusses Her Bush
Alex Warner
This content is created and maintained by a third party, and imported onto this page to help users provide their email addresses. You may be able to find more information about this and similar content at piano.io
Advertisement - Continue Reading Below
More From Trending Beauty
I Tested Meghan Markle's Top Beauty Products
Glitter Pumpkin Butts Are a Thing for Halloween
Advertisement - Continue Reading Below
Behold: The Self-Tanner Fail to End All Fails
This Is Pinterest's #1 Halloween Makeup Idea
These 3 Products Cured This Woman's Acne
Princess Eugenie Just Dyed Her Hair Bright Red
13,000 People Swear By This Eye Cream
Post Malone Cut His Hair and Looks Unrecognizable
Shay Mitchell Will Only Use This One Concealer
People Are Freaking Out About Emma Stone's Hair