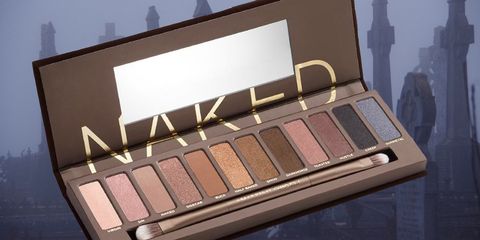 Please pull out your meditation app and take deep, slow breaths, because a bombshell was just dropped over the beauty world: Urban Decay is discontinuing its Naked palette. Yes, the same palette you first begged your parents for in high school (and then later dropped a thousand times while pregaming in college) is ending its brilliant eight-year run, leaving millions of makeup lovers emotionally distraught in its wake.

“Today, we mourn our beloved original Naked Palette, a revolutionary product that changed the beauty industry forever,” writes Urban Decay this morning on a video posted to its Instagram of the iconic palette. “A little bit naughty, often dramatic, and always in the press, the innovative game-changer and category creator will be laid to rest after 8 years.”

The clip features brand ambassador Nicole Richie saying a eulogy to the Naked palette, with Kandee Johnson crying in the background. It comes from a longer video Urban uploaded to YouTube this morning, also featuring Christen Dominique, Katy DeGroot, Shayla Mitchell and Chrisspy standing around a coffin and crying out sexual makeup innuendos (which is apparently a thing?)

“I almost cried 😭 not the naked palettee!!!” reads one YouTube comment, while another reads, “I feel personally attacked﻿.” Clearly, we’re not the only ones feeling hardcore devastated right now at the news.

Urban Decay hasn’t given a reason for retiring the original Naked palette that has been sold 30 million times and made over $1 billion since its release in 2010. Some fans are hoping it’s not a true goodbye, but a PR stunt. “Hope it's just being repackaged,” writes one fan.

The only upside of this tragedy is that the palette is currently on sale for 50 percent off until it’s “sold out and gone forever,” according to a press release. So, you know, not the most hopeful statement in the world.

Either way, please use this time to mourn, think back to this morning when you literally just used it, and maybe buy another palette before it’s sold out. After all, the only thing more upsetting than this news is the idea of accidentally dropping and shattering your current palette with no backups on hand.

Today, we mourn our beloved original Naked Palette, a revolutionary product that changed the beauty industry forever 🖤🥀 A little bit naughty, often dramatic, and always in the press, the innovative game-changer and category creator will be laid to rest after 8 years. The funeral is being held today in Newport Beach, CA with badasses and beauty influencers alike. @kandeejohnson, @christendominique, @katy, @makeupshayla & @chrisspy will all be in attendance, with a eulogy by @nicolerichie. Click the link in our bio to see the entire sendoff on YouTube. #UrbanDecay #UDNaked #Makeup #Beauty 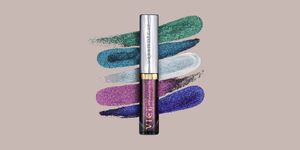 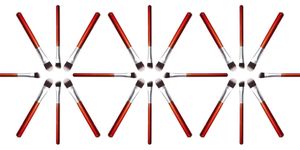 The 10 Essential Makeup Brushes You Need to Own
Chloe Metzger Deputy Beauty Director Chloe Metzger is the deputy beauty director at Cosmopolitan, obsessively writing about new makeup launches, the best hair products (curly girl here; whattup), and the skincare formulas that really work for every skin type (follow her on Instagram to see behind-the-scenes pics of that magazine life).
Advertisement - Continue Reading Below
More From The Best Makeup Tips, Ideas, and Inspiration
16 Super Pretty Valentine's Day Makeup Tutorials
Editor-Approved: The Best No-Streak Self-Tanners
Advertisement - Continue Reading Below
The Best Foundations for Asian Skin Tones
These Makeup Trends Will Dominate the Year
It's Winter, You Need One of These Lip Balms
Makeup Trends for Winter, According to MUAs
We Tried the Runway's Coolest Graphic Makeup Looks
The Beauty Trends of Hot Girl Fall
The Best Drugstore Products Used at NYFW
10 Lip Liners For a Perfect Pout