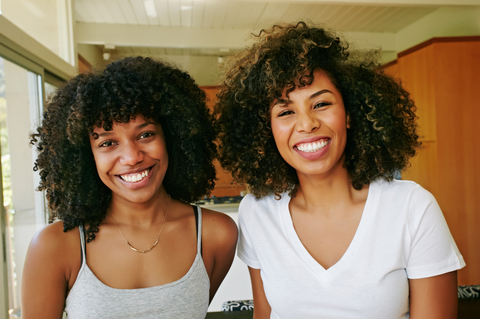 Going through airport security is already annoying, and sometimes humiliating. But when you get singled out for your natural hair, it's a new level of anger altogether. Two black women have confronted the Transportation Security Administration for patting down their hair—and they got major results.

Malaika Singleton, a neuroscientist working with the California State Senate, was flying from Los Angeles to London as a delegate for the G8 summit on dementia. At LAX, a TSA agent grabbed her "sister locks" and squeezed her hair from top to bottom. On her way home, the same thing happened at the Minneapolis airport. Both times, TSA agents found nothing, and sent her on her way.

Singleton filed a complaint against the TSA with the help of Novella Coleman, a lawyer with the ACLU of Northern California who filed a similar complaint in 2012. When Coleman complained of having her hair patted down, the TSA claimed it was neutral about race during screening, but nothing changed. (Coleman told BuzzFeed that one agent told her that they have to search hair that has extentions or "abnormalities," as if there was something abnormal about her hair.)

The TSA responded to the complaint and said they're going to work hard to do better. In a letter published online by the ACLU, the TSA promised to specially train employees about race neutrality, with a special emphasis on African-American women's hair. They'll also specifically track future complaints about hair patdowns to further study where and how they happen.

The TSA confirmed the policy change in a statement:

TSA reached an informal agreement with the ACLU to enhance officer training. Racial profiling is not tolerated by TSA. Not only is racial profiling prohibited under DHS and agency policy, but it is also an ineffective security tactic.

"The humiliating experience of countless black women who are routinely targeted for hair pat-downs because their hair is 'different' is not only wrong, but also a great misuse of TSA agents' time and resources," Coleman said in a press release.

Hair Street Style: The Best Looks on the Streets of New York

This content is created and maintained by a third party, and imported onto this page to help users provide their email addresses. You may be able to find more information about this and similar content at piano.io
Advertisement - Continue Reading Below
More From Hair
This Techy Rotating Curling Iron is On Sale
Revlon's Cult-Favorite Brush is on Major Sale
Advertisement - Continue Reading Below
Give Your Curls the Gift of a Diffuser
R+Co's Cult-Favorite Styling Paste Is on Rare Sale
The Editor-Approved Curly Hair Products You Need
Short, Chic Haircuts to Add to Your Mood Board
Apple Cider Vinegar Is a Magical Hair Ingredient
Fall Hairstyles Perfect for Crisp Weather
Stop Sleeping on Hair Straightening Brushes
Must-Have Products for Air-Drying Your Hair