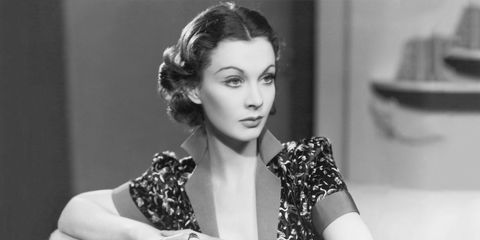 If Queen Elizabeth II, the OG of resting bitch face, is now officially the longest-reigning monarch in all of the United Kingdom's history, there must be something to it.

Actually, there's now scientific evidence that proves RBF could help make you HBIC. According to Texas Women's University researcher and consultant Rene Paulson, who published a recent article on the topic in Quartz, those with chronic resting bitch face have a stronger sense of self-awareness—and a better ability to communicate—than their toothier counterparts.

"Women confronted by a world that automatically attaches negative attributes to their non-smiling face must quickly learn how to communicate and also hone a finely-tuned awareness of both our own emotions and the emotions of those around us," she writes. "Women used to being constantly misunderstood focus more on the words someone says, rather than their tone, body cues, or facial expressions, ensuring a more effective flow of information between both parties."

But make no mistake, fighting the good RBF fight has its downsides. As Paulson points out, studies of women in the workplace have shown that serious and assertive behavior is often perceived as a negative, while lighthearted behavior can damage credibility. Yes, just another catch-22 to add to the list.

Gender-norm hurdles notwithstanding, we totally agree with Paulson that women with RBF should embrace it: It's not only a blessing in disguise, but but you've got the Queen and like half of Hollywood on your side.

Lauren Valenti Associate Web Editor I’m the associate web editor at Marie Claire.
This content is created and maintained by a third party, and imported onto this page to help users provide their email addresses. You may be able to find more information about this and similar content at piano.io
Advertisement - Continue Reading Below
More From Beauty
Give Your Skin a Shot of Moisture With This Serum
Our Favorite Perfumes of the Year (So Far)
Advertisement - Continue Reading Below
The Nail Trends for Spring Are All About Optimism
These Shampoos Will Make Your Hair Grow Super Fast
24 Hours With Hailey Bieber
Acne Spot Treatments That Actually Work
Why The Lashify Control Kit Is Worth It
What to Buy From Sephora's Spring Savings Event
Hot Tools Are No Match for Heat Protectant Sprays
How to Tighten and Firm Your Neck Area