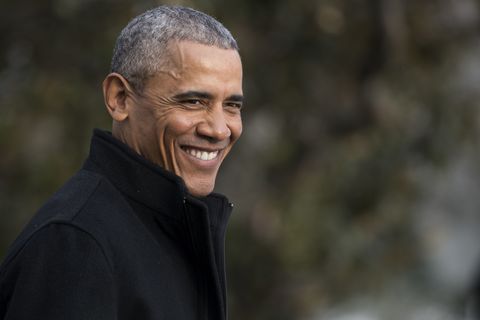 After eight glorious years, President Barack Obama will soon be out of a job at the White House—but don't worry, Spotify might be ready to snatch him up for a position on their team. Obama's playlists are famously killer, and he recently joked about expecting a job offer from the streaming company. His reasoning? "'Cuz I know y'all loved my playlist."

The statement seems to have grabbed Spotify CEO's Daniel Ek's attention, who tweeted a job opening for POTUS...President of Playlists.

From the looks of the job description, it seems like President Obama is well qualified. Key responsibilities include identifying new playlist ideas—from"shooting hoops with your friends, to the perfect warm up playlist for addressing the nation about health care legislation that bears your name." Spotify would also love someone who has "at least eight years of experience running a highly-regarded nation," and who knows industry artists. Good thing Obama is friends with the likes of Beyoncé, Jay Z, and Kendrick Lamar.

By the way—the listing throws some shade thrown at President-elect, Donald Trump, taking shots at his lack of attendance at intelligence briefings, for starters.