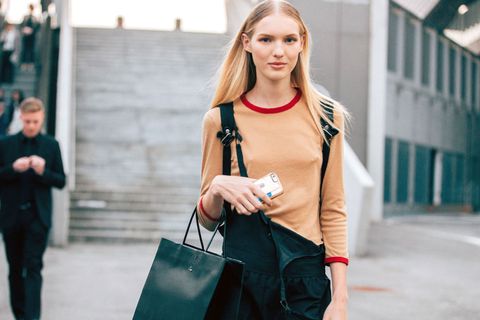 Hundreds of local businesses across the country are offering 20 percent discounts on Equal Pay Day to highlight what it's like to get paid 20 percent less, USA Today reports. The discounts will apply to both men and women. The idea is to link the concept of the pay gap, which can seem murky, to real, everyday purchases, at least just for one day. It originally was started by Lean In's Washington chapter, and it's the first year the effort has gone national.

Nationwide, you can get 20 percent off Luna bars, and the company is matching that discount with a charity donation. If you take a Lyft on April 4, they'll donate 20 percent of your ride fee to charities that support women and families. And Proctor & Gamble is offering a 20 percent rebate on their products, which include basically everything at the drugstore. You can check out the list of participating companies on leanin.org.

Lean In also partnered with Funny or Die and Hulu to show what it looks like when women get 20 percent less of everything, from haircuts to battery power. Every woman can relate to getting the "can't you be happy with what you have?" question.