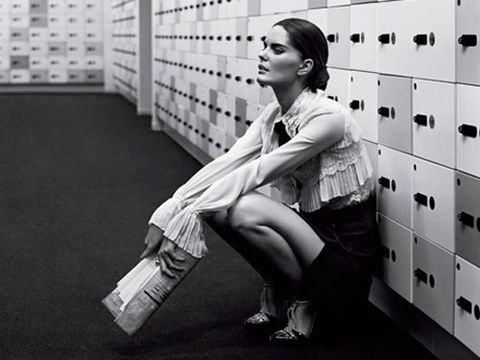 The victims of Bernard Madoff's breathtaking $50 billion swindle may be short on cash these days, but they have plenty of blame to pass around. A recent target: Meaghan Cheung, the 37-year-old S.E.C. regulator who gave the Manhattan-based fraudster the all-clear back in 2006, despite warnings from tipsters and her own probe in which she found "no evidence of fraud." Turns out, there was plenty. Now — thanks, Google! — Cheung will forever be linked to the world's most notorious scammer. "I worked very hard for 10 years to make a career and a reputation that has been destroyed in a month," she whimpered to a reporter earlier this year. Other recent incidents have us wondering whether these cases are examples of a sloppy work ethic, incompetence, or wince-worthy proof that women still feel hamstrung about dissenting in the office.

Herman Rosenblat's agent, publicist, and editor (respectively) allegedly pushed for publication of his fabricated Holocaust memoir, Angel at the Fence, despite troubling questions raised by scholars and Rosenblat's own family. After two appearances on Oprah, a children's book spin-off, and a movie deal in the works, the book was finally scuttled just three months before it was supposed to have hit shelves.

The top environmental official at the Tennessee Valley Authority kept insisting that a massive pre-Christmas spill of toxic coal ash — the gritty, arsenic-laced byproduct of coal-burning power plants — was virtually harmless, and that, at worst, it might create respiratory problems "like from a dust storm." A month later, Congress had convened hearings into what it dubbed a "man-made disaster" and chided Ray for her assessment. "This isn't harmless mud," snapped California senator Barbara Boxer.

One in seven women deployed in Iraq and Afghanistan reports being harassed or assaulted during her military service. As director of the Pentagon's Sexual Assault Prevention and Response Program, Whitley is responsible for dealing with the epidemic, so we were left scratching our heads last summer when, at the command of her boss, she defied a subpoena to testify before Congress on that very matter. "I have always followed orders from my superiors," she explained curtly a month later, when she finally did show up.