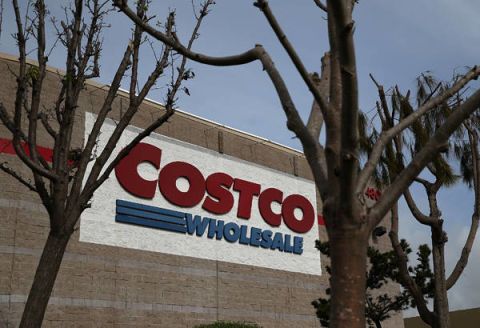 The debate surrounding the gender wage gap has heated up again, after the controversial ouster of former New York Times executive editor Jill Abramson. While new accounts of the Times' pay gap scandal continue to emerge, front and center stands Abramson's pay versus that of her male predecessor Bill Keller.

Whatever additional insights and takeaways develop from the Times saga, the incident has no question struck a chord with millions of women. The gender pay gap, namely that American women are paid 77 cents to every dollar earned by American men (five decades after America put the Equal Pay Act on the books!) has become not only a women's issue but a family issue, as women make up almost half of today's workforce.

In April, Senate Republicans once again blocked a vote to open debate on the Paycheck Fairness Act, which would hold employers more accountable for wage discrimination against women. The bill would prohibit retaliation against employees who share their salary information with each other and would also require the Department of Labor to collect wage data from employers, broken down by race and gender, and require employers to show that wage differentials between men and women in the same jobs are for a reason other than sex.

While political support for this issue should be promoted and efforts continue to be made by the White House to combat the gender wage gap, change must begin at the company level. However, companies aren't standing in line to help pass change either.

The Case Against Transparency

The Argument: Transparencywould hurt companies by giving employees more negotiating power. In strict economic terms, keeping wages low is beneficial to the company's bottom line. This aligns to some degree with the logic of keeping the minimum wage low. Their arithmetic? Namely that higher pay hurts business profits and thus the economy.

The Solution: Buy-in-bulk warehouse chain Costco is currently outperforming their retail peers. Why? For a stock that has risen from just below $40/share in March 2009 to $115/share currently, a gain of about 190 percent, Costco has always maintained a policy of treating its employees well, a practice promoted primarily by co-founder and former CEO Jim Senegal. And in support those founding principles, current CEO Craig Jelinek wrote a letter supporting this practice last year saying that "an important reason for the success of Costco's business model is the attraction and retention of great employees," citing pay that limits turnover and maximizing productivity. Numerous studies support the Costco case – and the company represents the direction businesses need to follow.

The Argument: More disclosure of individuals' wages would create resentment among workers who would be inclined toward pettiness and constant comparison.

The Solution: There have been numerous studies, including from UC Berkeley, Cornell and others that show that companies with salary transparency creates an environment where employees are more productive.

So should we start walking around with our salary printed on T-shirts? Absolutely not.

Complete transparency about each individual's specific compensation provides a false sense of fair comparability—and is a false ideal. After all, an individual's wage can't be determined by a simple algorithm, and sometimes an apples-to-apples comparison is not appropriate.

What We Should Expect from Companies

One, if there are set positions and levels—for example, associate, vice president, and director, the company could inform individuals of the salary ranges so they understand where they stand within that range.

Second, there should be an oversight committee at individual companies, particularly where the roles are a bit less defined. Clearly women should be on the board as well. This group would annually review salaries relative to performance and provide real oversight to practices each year.

And, third, while we need support from individual organizations—and eventual political support—we need to also take ownership over the issue as individuals. Individual professional women need to ask for more throughout their careers. There have been numerous studies done that women take less credit for their work done and are less likely to ask for a raise—let's start at the individual level and speak up more…we're not being pushy, we're just asking for what we deserve.

The bottom line: While we wait for systemic changes, we need more transparency at organizations with board oversight and review. And to the women out there, the solution might not be to just lean in, but speak up, too!

Everthing You Need to Know About a Level Paying Field

Why You Need to Care About Equal Pay

Why We Should Know What Our Co-Workers Make

Nicole Urken is Research Director of Mad Money and Jim Cramer's researcher at TheStreet. Nicole analyzes stocks and develops a strategic macro outlook, which she incorporates into segment ideas for CNBC's "Mad Money." Urken also supports Cramer's other endeavors including "Squawk on the Street," RealMoney.com, and his latest best-selling book "Get Rich Carefully."

Previously, she worked as an investment banking analyst for the Industrials Group in Goldman Sachs's New York office. Born and raised in Princeton, New Jersey, Urken graduated with honors from Harvard College, where she served as executive editor of The Harvard Crimson.