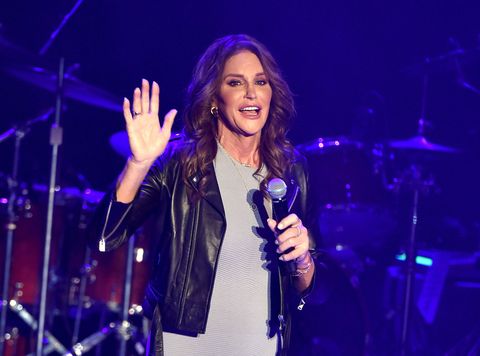 Caitlyn Jenner is taking her new role as a transgender advocate *very* seriously. So of course, she's diving deep into the matters that effect the trans community most.

In a preview for this Sunday's episode of I Am Cait, the former Olympian takes a road trip with several of her recently-acquainted girlfriends, who also happen to be trans. The women discuss the issues their community continually faces, which inadvertently polarizes Jenner's conservative views when the topic of government-assisted social programs arises.

"What's the big issue?" she says, opening up the conversation, before Chandi explains, "They're homeless, unemployed, so it's just going to take a lot more."

"I think if I was to focus on one area, it would be entry level jobs so that these girls have some alternative if they wanted," Jen Richards adds.

As the discussion progresses, the 65-year-old's right-aligned values begin to concern the group.

"Don't a lot of times they can make more not working with social programs than they actually can with an entry level job?" she asks. "But you don't want people to get totally dependent on it. That's when they get in trouble. 'Why should I work?'"

"Now I'm worried," LGBT activist Jen Boylan admits, while the rest of the group is at a loss for words. "Caitlyn has every right to be just as conservative as she choses, but many transgender men and women need social programs to survive, and that's nothing to be ashamed of. Living in the bubble is an impediment to understanding other people. Cait's going to be a spokesperson for the community. This is something she's going to have to understand."