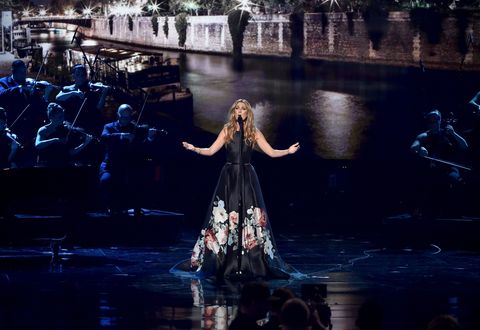 Sunday night's American Music Awards took a minute away from the celebrity-packed fun to pay a somber tribute to the victims of the terrorist attacks in Paris and around the world. Celine Dion took the stage for an emotional tribute that left everyone teary-eyed in their seats.

Dion, who is French Canadian, sang "Hymne à L'Amour" by French legend Edith Piaf, completely in French. The performance was so powerful that several members of the audience were captured on camera with tears streaming down their faces:

Dion was introduced by Jared Leto, who had friends who were in the Bataclan theater during the attack, and one who passed away. "We felt it was important to show our solidarity in light of the recent events in Paris and all around world," Larry Klein, the show's producer, said in a statement.

Watch the full performance below: