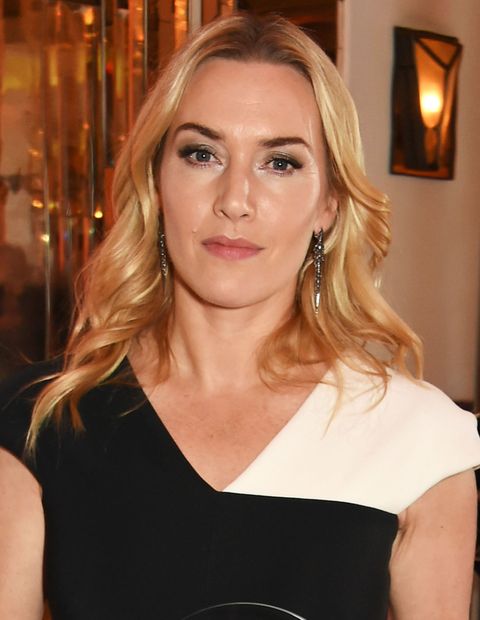 Kate Winslet has long spoken about being bullied as a child. She most recently opened up about her painful experience to CBS Sunday Morning.

"I was teased for how I looked," the actress said in an interview set to air this weekend. "In part, yeah, because I was quite stocky as a child. And I was very much teased for that."

But now, the Steve Jobs star has come to realize that dealing with mean kids in school has ultimately helped her become the Oscar-winning (not to mention, downright gorgeous) woman she is today.

After revealing to Parade in 2006 that her classmates used to call her "Blubber" and telling Marie Claire UK in 2009 that she was "bullied for being chubby," Winslet says she finally built up the courage to confront one of her former tormentors who was "particularly horrible" as an adult.

"She was working on a beauty counter in a department store," the 40-year-old recounted during an appearance on Running Wild with Bear Grylls earlier this year. "I went up to her and said, 'I want to thank you for being such a bitch because it made me a lot stronger.'"

Well, after getting that off her chest, Winslet has never felt the pressure to look perfect again—and wants you to know that you shouldn't feel forced to either.

"You know, we walk down red carpets. You know, it's part of the job," she further explained to CBS Sunday Morning. "But I think I feel very strongly that it's important to also say to young girls that we don't look like that all the time."