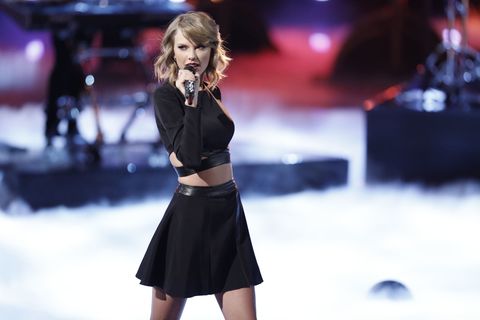 Swifties, rejoice! Thanks to last year's wildly successful 1989 World Tour, Taylor Swift has officially come out on top as the top-earning musician of 2015.

To give some background, every year, Billboard releases a list of the top 40 (get it?) money-makers in music—and from living legends to unexpected newcomers, for the most part, every artist gets most of their cash flow from going on tour. This year, Taylor Swift totally crushed the competition, and ended up bringing in almost $35 million more than the next top earner. With the exception of Adele's crazy album sales, which earned her the #9 spot, the rest of the top artists also had world tours to thank for their revenue.

As proof, here are the top ten highest-paid musical artists of 2015—and check out Billboard's list for the rest of the 40 right here.