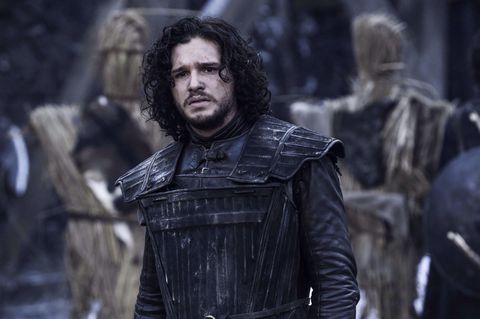 Game of Thrones is ending in two short (literally—Season 7 will have just seven episodes) seasons, but don't think that means things are about to start looking up for all of our favorite characters. Kit Harington, who plays forever-sad Jon Snow, says things are going to get worse before they get better.

"I think it's going to get very bleak before if there is a happy ending," Harington told The Hollywood Reporter. "If there's any sort of win or heroic moment for Jon and everyone else. I think it's going to get very dark before it gets better. I think what we might see this season is those White Walkers and that Army of the Dead really come into force. So that's going to be exciting to see. I don't know what it means. I think with the whole 'winter is finally here' business, it means everyone is going to have a really bad time."

Don't start sobbing just yet. Harington admits this is all speculation since he hasn't actually read the Season 7 scripts yet. But then again, Harington's costar, Maisie Williams (aka Arya Stark), has read Season 7, and she basically lost it when she did.

i'd start preparing yourselves now

scratch that, nothing will prepare you for this

So it looks like we'll just be sitting here until next summer, hoping our favorite characters aren't on the show creators' Arya Stark-style death list.