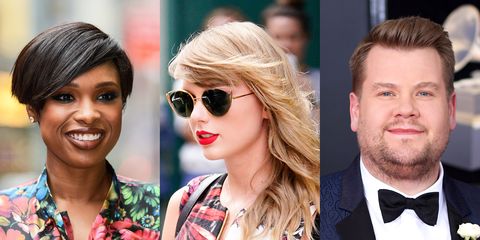 In terms of things the world needs right now, a Hollywood movie adaptation of "Cats" is probably fairly low down the list but hey, it’s happening anyway. Working Title’s upcoming film version of the Andrew Lloyd Webber Broadway musical has officially been confirmed, and there’s a stellar cast waiting in the wings to don their whiskers, fluffy ears and furry leg warmers.

Amongst the confirmed A-list selection of names taking to the stage is obviously proud cat lady Taylor Swift, and quite frankly it would be criminal to not also feature a cameo from her famous felines, Olivia Benson and Meredith Grey. Interestingly, James Corden and Sir Ian McKellen have also landed central roles in the production, meaning that Catpool Karaoke will inevitably become a reality at some point along the way, too.

Although the cast has been announced by the Daily Mail today, the only confirmed, named part so far belongs to Jennifer Hudson, who’ll be taking on the central role of former “glamor cat” Grizabella. Her character falls on hard times after a previously luxury life and famously belts out the showstopper track, “Memory," so the world is already quaking at those vocals.

The “Cats” movie will be taken on by Tom Hooper, the Oscar-winning director of “The King’s Speech,” and is set to start shooting in in November of this year. The screenplay by Lee Hall is based closely on Lloyd Webber’s original musical, which was itself was first adapted from a book of children’s poems by T.S. Eliot.

Is the world ready for this to be a thing? Almost definitely not. 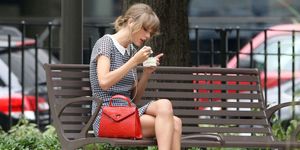 What Taylor Swift Actually Eats in a Day
Lucy Wood Contributor, MarieClaire.com Lucy Wood spends most of her time writing about celebby things, reading books, and waiting for the glorious day that she have enough millions for a pet sloth.
This content is created and maintained by a third party, and imported onto this page to help users provide their email addresses. You may be able to find more information about this and similar content at piano.io
Advertisement - Continue Reading Below
More From Celebrity
How the Queen Ends Awkwardly-Long Handshakes
The Queen Has a Rule Against Bad Talking Family
Advertisement - Continue Reading Below
The Queen Took a Pic of Philip With Her to Funeral
The Queen's Tolerance Was the Key to Her Marriage
J.Lo "Likes" Shady IG Post After A-Rod Split 👀
Beyoncé Shares Photos of Her White Power Suit
Will & Kate Welcomed Harry Back Into Their Group
Queen Left a Handwritten Note on Philip's Coffin
The Queen Said Grief Is the Price We Pay for Love
All of the Photos from Prince Philip's Funeral