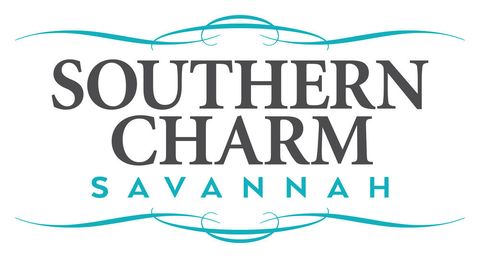 Hey there. My name is Krystyna and I'm a Bravo-holic. (Editor's Note: Hi, Krystyna.) I wouldn't consider myself an absolute addict (it's not like I watch Below Deck or the scripted shows), but I am 100 percent invested in the lives of people I don't even know and will probably never actually meet. My deep, dark secret is that nothing makes me happier after a long day than coming home, turning on the TV, and watching petty drama between strangers until I fall asleep.

If this sounds familiar, I have some good news for both of us: Every week I will have the great pleasure of watching Southern Charm Savannah—not to be confused with the O.G. version in Charleston, or the New Orleans version (which is just meh, IMHO)—and bring you the best quotes of the episode. Before we jump in let me give you a little background as to what is happening in adorable Savannah.

We are at the beginning of Season 2 of #SouthernCharmSav (as we shall henceforth refer to it) and things are, of course, messy AF.

Don't worry: Season 1 was only eight episodes, so you can catch up quickly. But I'm giving spoilers, so skip to the quotes if you don't want to know.

Here's a quick rundown of the cast of characters we're dealing with on this show:

The main two people you need to be aware of are Lyle and Catherine, a pair of high school sweethearts who probably should have gone their separate ways, like, right after high school. Last season, Lyle came back from Atlanta to commit to Catherine, but she wanted to take things slow. So slow, in fact, that when he tried to surprise her with a proposal she lost her shit and kept saying no, and they ended up crying on a boat as they went to meet their friends for the proposal-turned-birthday party. It was awkward as hell. But this being the South, people just kept drinking and didn't say much about the failed proposal.

The new season picks up four months later, and Lyle and Catherine haven't spoken—and are seeing other people—but then decide to "work on things."

Next up are Hannah and Louis, a super cute couple who also aren't going to work out. (Sorry!) Louis is basically a man-child, but he's super passionate about socks so respect for having motivation about something. Hannah is trying really hard to hold onto their relationship, but probably needs to just do her own thing (Louis heartbreakingly told her to meet other people last episode). Also worth mentioning: Hannah is not from Savannah so she doesn't always know how to deal with the Southern rules.

Daniel is probable the best-looking guy on the cast. He moved home to work at his family's law firm and now wants to pursue his own business venture, but still be able to use the law firm's credit line. It's complicated, but I'm more concerned about him ending up with Hannah. They have insane chemistry and went on a "friendly date" this episode, only feeding into my theory that they need to be in love. I mean, they went kayak-birdwatching and it looked so fun that I kind of want to go kayak birdwatching now.

Hagood is the newest cast member and "a rice maker's daughter," which would seem irrelevant but has a lot more impact on her life and choices than you might expect. Watching her interact with her parents will probably make you cringe. She's a tomboy and sweet as pie, but I can't wait for her to CRACK, Gretchen Wieners-style.

Last but definitely not least is Brandon Branch, who is my personal favorite person to watch on the show. He throws so much shade but actually just wants his friends to be happy. He also has some pretty phenomenal one-liners that have literally made me choke from laughter. I appreciate him calling Catherine out and living his most extra Southern life. This man has so many pre-Civil War items in his house it could be a museum.

Okay, all caught up? These were the best lines from Episode 2.

Context: Catherine is doing a confessional about her relationship with Lyle, obvs, and she speaks the truth.

Why I Love: As a single person, this quote made me actually LOL. They are exhausting, especially when you don’t want to be in the relationship and try to force it.

“Those bitches will protect you, honey. There is nothing more vicious than a teenage girl.” – Brandon

Context: Brandon was sharing why, as a young gay man in the South, he was friends with more girls. He said he was picked on and could always count on his girls.

“I don’t know why you think someone proposes twice.” – Lyle

Context: So this is technically S2 E1, but it’s so good and they shared it in a flashback so it counts. Plus, it’s really worth mentioning because Lyle puts his drunk foot down and this is basically the reason I got hooked to the show.

Why I Love: It's obvious Catherine is playing games with Lyle's heart. I saw that a mile away and just expected him to keep putting up with her behavior because love. But Drunk Lyle actually grew a pair and stood up for himself. Catherine's reaction is great because she's clearly taken aback, but TBD whether she actually cares. I suppose time will tell.

Context: Brandon tries to have a real talk with Catherine regarding what is going on with Lyle. He explains that he wouldn't know what to do and that their relationship has to be exhausting, prompting him to ask the above. Yeah, their relationship is THAT crazy.

Why I Love: It's just so funny. Not the crying part of her being in a dead-end relationship, but that his response would be to eat a wedding cake every night. It is truly great. We've all had days where we want to cry and eat cake. Brandon is the only one who shares it.

“I thought I was Pocahontas. Pocahontas doesn’t have a job. So I think I could have had more spankings is what I mean.” – Hagood.

Context: Hagood is in a confessional discussing her upbringing and why she's struggling as an adult. She shares that living on a farm and being allowed to do whatever she wanted as a child was a “detriment.” She also snort-laughs after saying this, which made me like her a lot.

Why I Love: I wanted to be Belle growing up. We all thought we were a Disney princess growing up, but she is so genuine about this. She was living her best little Pocahontas life in her head, but Pocahontas didn't have to pay bills so here we are. I appreciate her being honest AF.

“I got kicked out of camp for witchcraft when I was like 16.” –Hagood

Context: Okay, she wasn't actually doing witchcraft, she was doing a rain-dance. But people weren't into it and didn't understand, so she got the "witch" title. How very Salem Witch Trials of this camp.

Why I Love: I'm into anything spiritual, but this was hilarious because she freaked people out telling this story. It was a great reminder that this show does take place in the South, so all the crunchy things I'm used to from Los Angeles are far less welcome.

“What the fuck kind of party is this?” - Hannah

Context: Hannah's reaction to seeing Brandon for the pajama sleepover. He's so extra that this is the only response I would want.

Why I Love: Hannah is so real. I love that she says what she wants and means, even if it isn't super proper. This sleepover was nuts—with all the silk and caterers and Prosecco pong—so I'm glad I wasn't the only one wondering WTF was going on.

“Let’s do have a vodka drink.” – Catherine

Context: After starting with Prosecco, Catherine decided it was time for a real drink. Hannah quickly asked for a "vodka drink" too.

Why I Love: Catherine played nice and did the Prosecco games, but vodka is her love. This is also when shit got crazy. And we have the same drink order, so there's that.

Did I miss your favorite quote of the episode? Tweet it to me at @marieclaire.

See y'all next week.

Krystyna Chávez Krystyna is the Social Media Editor of Marie Claire where she oversees all things social media and connects with MarieClaire.com readers.
This content is created and maintained by a third party, and imported onto this page to help users provide their email addresses. You may be able to find more information about this and similar content at piano.io
Advertisement - Continue Reading Below
More From Celebrity
Meghan Markle Expresses Sympathies to the Queen
Prince Harry Remembers Prince Philip
Advertisement - Continue Reading Below
Prince William Statement on Prince Philip's Death
Meghan and Harry Are Facing Security Threats
Selena Gomez Is Drenched in Fake Blood on Set
Amanda Seyfried Talked About Having Panic Attacks
Harry Arrives in the U.K. For Philip's Funeral
Matthew Perry Deletes 'Friends' Reunion Instagram
The Queen's Corgis Are Helping Her With Her Grief
Charles is Looking Forward to Seeing Harry Again