Chrissy Teigen is here with her weekly reminder of why she's the best at social media. The model/host/best-selling author is brilliant in 140 characters or less and she's a veteran troll slayer. Here, to start your weekend off right, are the details of her latest triumph of clapback-ery:

Yesterday, an Instagram user made the mistake of trying to dictate how Chrissy should use social media, express herself as a mother, and share her body with the public, for a trifecta of yuck in a single comment.

"Bikini pics only, you were a model," Instagram user @postcardfromthetenderloinsf wrote. "Nobody cares about your kids."

Chrissy replied in typical Chrissy fashion: With her own signature brand of humor and snap-inducing sass.

"Yeah well now that I've had kids you don't wanna see me in a bikini so it's quite the dilemma," she wrote.

Thankfully, the ever-diligent documenters of celebrity Instagram exchanges, Comments by Celebs, captured the receipts from the conversation for posterity:

No such thing as too much Luna. #CommentsByCelebs

Also, for the record, a lot of people care about Chrissy and John Legend's kids, Luna, 2, and Miles, 9 months. Unless I'm totally alone on that. Which I can't possibly be. 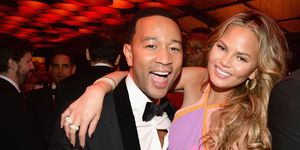 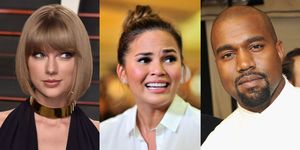