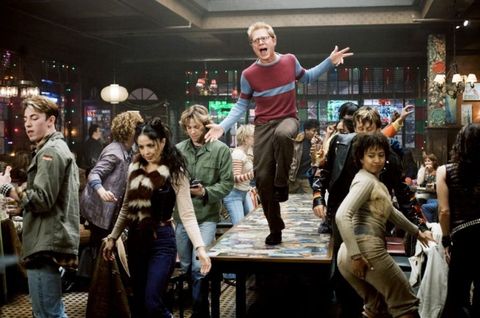 Fox has finally announced its followup to Grease Live. The network's next live TV musical will be none other than the 1996 Broadway hit Rent, according to The Hollywood Reporter.

The Pulitzer Prize-winning musical centers on a group of friends living in the East Village in New York City and deals heavily with important issues like the HIV/AIDS epidemic. The show's creator, Jonathan Larson, passed away shortly before its Off-Broadway premiere, but, as THR reports, Larson's estate will help executive produce Fox's live production.

"We are so honored to partner with the estate of the brilliant Jonathan Larson and producer Marc Platt on one of the great musicals of our time," said Dana Walden and Gary Newman, chairmen and CEOs of Fox Television Group. "The title is so iconic, the music is so beloved, and the themes are as meaningful today as they were when the show first premiered on Broadway. With Marc overseeing this project, we are sure it will have a profound impact on the legions of fans who know and love this musical."

Fox has yet to announce any casting details or a premiere date for the production.