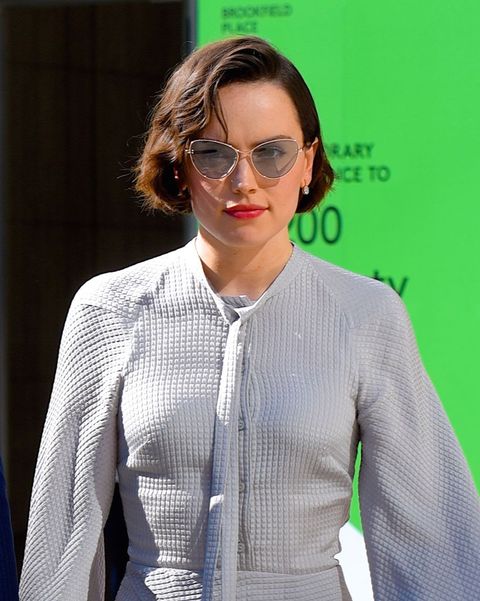 Star Wars fans, you'll just have to use the Force* to keep up with Daisy Ridley these days, because Ridley is never going back to social media. Speaking on BuzzFeed News' show AM to DM, she described her relationship with her now deleted Instagram and Facebook accounts as "cut off like a Skywalker limb."

(*Yes, I've seen every film, and yes, I still have a very loose understanding of what the Force actually is.)

"I honestly think now with social media and stuff...it's great to have freedom of expression, but I do feel like people think opinions have so much weight," Daisy said. "I don't really think bad vibes should have the sun shone on them." She added, "Also, when I want to see what my pals are up to, you can just Google it and go to Instagram."

Daisy left Instagram in 2016, after repeated harassment on the platform. After the Teen Choice Awards that year, she posted, "Thinking about how lucky I am like......... Serious bit: as I sat in the audience yesterday tears were streaming down my face at the tribute to those that have been lost to gun violence. I didn't get a great picture of the incredible group that came on stage but they were so brave. It was a true moment of togetherness. We must #stoptheviolence."

Her (very correct) post was met with (depressing) outrage, and she stepped back from the platform, later leaving Facebook too.

Daisy isn't the only Star Wars actor to face online harassment: In 2018, Kelly Marie Tran, who played Rose Tico in The Last Jedi, deleted her Instagram posts after an onslaught of racist and misogynist abuse. The actor later wrote in a New York Times op-ed: "Their words seemed to confirm what growing up as a woman and a person of color already taught me: that I belonged in margins and spaces, valid only as a minor character in their lives and stories."

"You might know me as Kelly. I am the first woman of color to have a leading role in a Star Wars movie. I am the first Asian woman to appear on the cover of Vanity Fair," she ended the op-ed. "My real name is Loan. And I am just getting started." 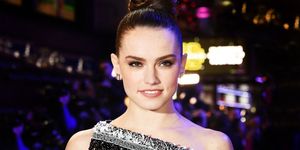 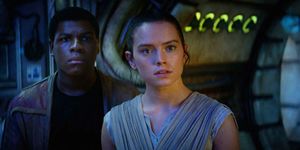 21 Things You'll Think During 'Star Wars'
Emily Dixon Emily Dixon is a British journalist who’s contributed to CNN, Teen Vogue, Time, Glamour, The Guardian, Wonderland, The Big Roundtable, Bust, and more, on everything from mental health to fashion to political activism to feminist zine collectives.
This content is created and maintained by a third party, and imported onto this page to help users provide their email addresses. You may be able to find more information about this and similar content at piano.io
Advertisement - Continue Reading Below
More From Celebrity
What Happens on Katie's Season?
Ben Affleck Had Dinner With J.Lo and Her Kids
Advertisement - Continue Reading Below
Jessica Biel Talked "Secret COVID Baby" Phineas
Katie Holmes Paired Baggy Jeans With a White Tank
Why Rachel McAdams Turned Down 'Devil Wears Prada'
Did the Queen's Brooch Send a Message?
Jennifer Lopez and Ben Affleck: Everything We Know
A Look Back at Gwen Stefani & Blake Shelton's Love
Beyoncé Celebrates Twins Rumi and Sir Turning 4
Katie Nails Casual Cool in Jeans, Tee, and Loafers