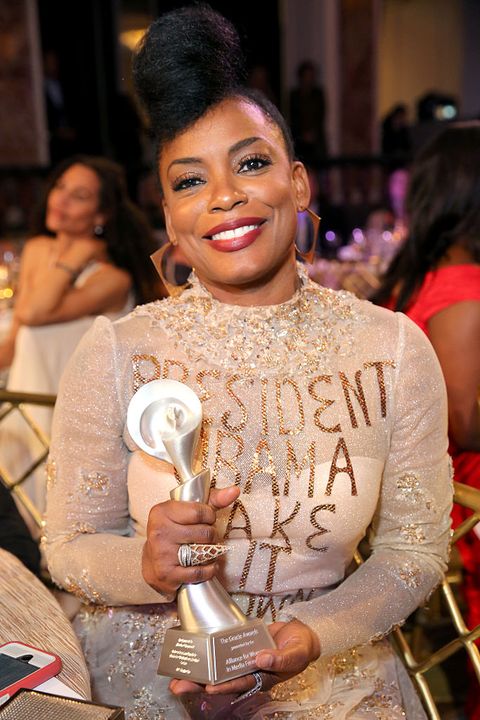 The 71st Primetime Emmy Awards are just around the corner, and the pool of nominees for each category is stacked to the high heavens—the last year has been a very good one for television and film. From the final season of HBO's mega-hit Game of Thrones (miss you, Jon Snow) to the hilariously inappropriate Fleabag, hot priest and all, the race is a tight one across the board.

Predicted to steal the show is When They See Us, the harrowing Netflix drama that retells the tragic story of the Central Park Exonerated Five. In the spring of 1989, Korey Wise, Yusef Salaam, Antron McCray, Raymond Santana, and Kevin Richardson were arrested and falsely charged with the brutal rape of a woman running through Central Park. The teenagers, the oldest of them only 16 years old at the time, were sentenced to several years in prison despite the blatant lack of substantial evidence tying them to the crime.

When They See Us, created, co-written, and directed by Ava DuVernay, is nominated to win Emmys in seven different categories, including the highly competitive Outstanding Lead Actress in a Limited Series or Movie category. Two of its stars, Niecy Nash and Aunjanue Ellis, are up for the award; the Claws actress played the mother of Korey Wise, Delores, and Ellis starred in the miniseries as Sharonne, Yusef Salaam's mom.

Depending on the type of TV that you typically tune in to, Nash might be the more familiar face of the two—you probably remember her from Reno 911! and Scream Queens—but don't sleep on Ellis. The 50-year-old is a theater-trained actress with a seriously impressive resume under her belt. Below, everything you need to know about Aunjanue Ellis and her far-reaching filmography.

She's got roots in theater.

Ellis's interest in the world of acting was sparked when a drama teacher from Brown University cast her in a stage play while attending local Mississippi school Tougaloo College; she transferred to the Ivy League institution shortly after to study acting further. Ellis was later admitted into the prestigious Graduate Acting Program in New York University's Tisch School of the Arts (fellow alumni of the program include Mahershala Ali, Danai Gurira, and Debra Messing).

Upon graduating from Tisch with her MFA, Ellis received the opportunity of a lifetime: A lead role across famed actor Patrick Stewart in a Broadway revival of William Shakespeare's The Tempest. Her theater debut was a success, earning the praise of critics for her portrayal of Ariel in the production. Since then, Ellis has starred two other plays, Drowning Crow (2004) and Joe Turner's Come and Gone (2009).

You've definitely seen her on TV and in theaters before.

In addition to her work on the stage, Ellis has been featured in a number of television and film productions. Some of her best silver screen performances include the 2000 military drama Men of Honor (and was nominated for an NAACP Image Award for her role), Ray, and The Help. Ellis has appeared in many television series; most recently, she's starred on The Mentalist alongside Simon Baker, BET's The Book of Negroes, and Quantico.

She is also slated to star in the upcoming Jordan Peele/HBO project Lovecraft Country, a series based on the Matt Ruff novel of the same name. True to Peele's fascination with horror, the show is about "a struggle to survive and overcome both the racist terrors of white America and the terrifying monsters that could be ripped from an H.P. Lovecraft paperback." Courtney B. Vance, Jurnee Smollett-Bell, Jamie Chung, and Tony Goldwyn will also be in the series.

Working with Ava DuVernay was a dream come true for her.

In conversation with The Hollywood Reporter last month, Ellis spoke candidly about her sometimes unstable career as an actor. "I go through periods in my profession where I feel like this is not what my mother imagined for me, you know?" she admitted. "I thank God every time someone hires me. I feel like I won the lottery every time because not everybody gets to act."

During one particular season of drought in her career, the actress made a list of three things she thought would never happen for her professionally, and working with Ava DuVernay was on that list. But in a fortuitous twist of fate, Ellis was contacted by DuVernay herself to star in the filmmaker's next project, a miniseries that would become the Emmy-nominated When They See Us. "I still can't believe that Ava cast me in this series in the first place, so I'm still in that head space," she said of the opportunity. "So anything beyond that is just...lagniappe."

Related Story
2019 Was the Year of the Documentary
Ineye Komonibo Ineye (in-NAY-yay) Komonibo is the editorial fellow at MarieClaire.com.
This content is created and maintained by a third party, and imported onto this page to help users provide their email addresses. You may be able to find more information about this and similar content at piano.io
Advertisement - Continue Reading Below
More From The Emmys 2021
The Best Reactions to Zendaya's Emmy Win
Zendaya Wore Two Stunning Outfits for Emmys Night
Advertisement - Continue Reading Below
The 2020 Emmys Had a Confusing Vibe
Tracee Ellis Ross Is a Queen in This Gold Dress
'Schitt's Creek' Swept the 2020 Emmys
Regina King Wore a Breonna Taylor Shirt to Emmys
The Best Celebrity Instagrams From The 2020 Emmys
What Celebs Are Wearing to the Emmys...From Home
The Emmys Will Have a Red Carpet This Year
What Everyone Wore to the Emmys After-Parties