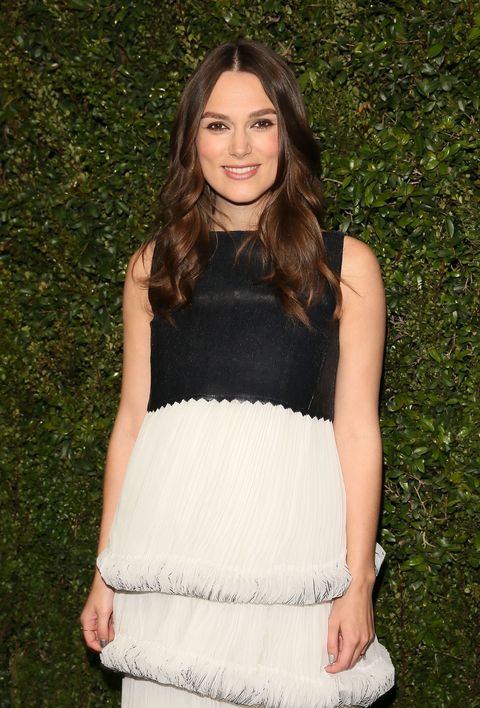 Update, 8/11: Choosing to bypass the whole "source close to the celebrity" thing Keira Knightley has revealed her newborn daughter's name herself in an interview with ELLE. It is chic, historical, and v. interesting considering the other women who have shared it. Give up? It's Edie—as in Sedgwick or Bouvier Beale.

True, neither lady had the most uplifting story in the end, but Edie (we're guessing) Righton has her whole life ahead of her to become the preeminent Edie of our time. 🙏

According to People, multiple sources confirmed the child, born in May, is a girl, which is probably a relief for the Imitation Game actress. After all, she did once jokingly tell Ellen her particular fear about having a son:

Multiple sources have confirmed to E! News that Keira Knightley has given birth to her first child with husband James Righton. Joy! Felicitations! While there's no word yet on the newborn's sex, celebrities' friends never keep quiet for long, do they?

Congratulations, Keira and Jimmy. May your son/daughter star in as many period dramas as he/she desires.

Original post, 12/11: With confirmation from multiple folks close to the actress, Page Six reports that Keira Knightley is pregnant, and in her second trimester already. (Star magazine first floated this rumor last month, but with only the one gossipy anonymous source.) As further evidence, Page Six says Knightley apparently avoided all alcohol at a recent awards ceremony sponsored by high-end champagne brand Moët — obviously you need a damn good reason to turn down free champers; in recent months, her red carpet choices have also triggered some speculation — British Vogue cites a penchant for "looser choices" in the gown stakes.

The news represents a first child for Knightley and her husband James Righton, a member of the British band The Klaxons. Knightley and Righton were married last May.