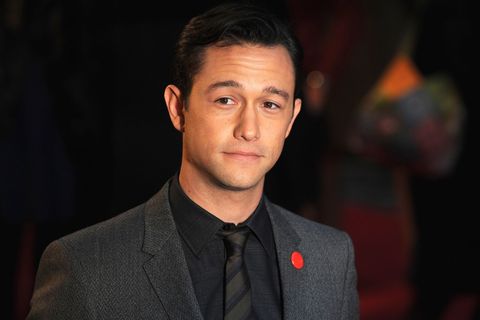 Updated, 8/19: Following their ultra-secret wedding, it seems Gordon-Levitt and McCauley had an ultra-secret pregnancy, welcoming a son over the weekend. While they won't be releasing their newborn's name, "the family is all happy and healthy," their rep told People.

Original Post, 1/9: Contrary to popular belief, Joseph Gordon-Levitt getting married (and thus taking himself off the market) is not the worst news ever. Why? His new wife, Tasha McCauley, is just plain awesome.

Us Weekly confirms that the two secretly wed during a private ceremony at their home on December 20th, and we're confirming that Gordon-Levitt's a seriously lucky man: McCauley is the co-founder and CEO of Fellow Robots, a robotics company based at NASA Research Park in Silicon Valley, California. And as one might expect from a woman like that, the list goes on: She earned three degrees and speaks three languages to boot.

Yes, the JGL-TMC union may have shattered more than a few hearts (ours included), but as was the case with George and Amal Clooney's courtship, we have no problem surrendering one of our favorite Hollywood bachelors to a whip-smart woman. Takin' one for the team.

Lauren Valenti Associate Web Editor I’m the associate web editor at Marie Claire.
This content is created and maintained by a third party, and imported onto this page to help users provide their email addresses. You may be able to find more information about this and similar content at piano.io
Advertisement - Continue Reading Below
More From Celebrity
Ryan's Mother's Day Tribute to Blake Is LOL
How Celebrities Are Celebrating Mother's Day 2021
Advertisement - Continue Reading Below
Queen Elizabeth Is Now Selling Beer and Gin
Meghan Markle Wore Carolina Herrera for Vax Live
Princess Charlotte, 6, Tells Everyone She's 16
Meghan Wears Cartier Tank Watch for Vax Live
J.Lo Sang a Sweet Duet With Her Mom at Vax Live
Meghan Discussed Her Daughter in Vax Live Speech
Prince Harry Talks Digital Pandemic at Vax Live
Harry and Will Have Been Arguing for Months Now