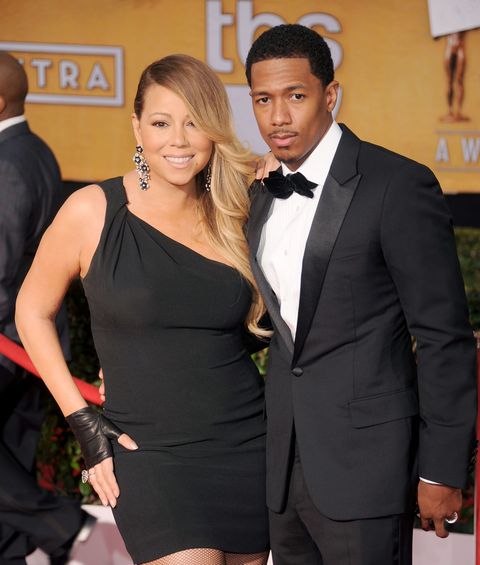 Looks like all those years of over-the-top vow renewals just weren't enough to save Mariah Carey and Nick Cannon. After six years of marriage, the power couple has officially officially called it quits, TMZ reports.

Cannon apparently filed for divorce on December 12, about a week after he and Carey reached a final financial agreement. That likely took a while—the Daily Mail reports that they have a combined net worth of $325 million. According to TMZ, Cannon won't get any of the money from Carey's high-profile residency in Las Vegas, but with gigs like America's Got Talent and Brooklyn Nine-Nine, we think he'll be just fine.

The couple, parents to four-year-old twins Monroe and Moroccan, were initially tight-lipped about their separation, but Cannon confirmed it on Good Morning America last month. "We'll forever be family," he said.

Let's remember the good times by watching their ridiculously ornate vow renewal at Disney World. If a couple that dresses up like cartoon royalty together can't make it, who can?

This content is imported from YouTube. You may be able to find the same content in another format, or you may be able to find more information, at their web site.
This content is created and maintained by a third party, and imported onto this page to help users provide their email addresses. You may be able to find more information about this and similar content at piano.io
Advertisement - Continue Reading Below
More From Celebrity
Every Detail We Know About J.Lo & A-Rod's Wedding
Bella Hadid Poses in a Slinky Sequinned Skirt
Advertisement - Continue Reading Below
Andra Day Stuns in a Gray Chanel Couture Gown
Emma Corrin Thanks Princess Diana at the Globes
The Sussexes Have Made a Huge Change to Archewell
Best Reactions to Jason Sudeikis' Globes Speech
Kaley Cuoco Wore a Princess Dress to Globes
Your First Look at Harry & Meghan's Oprah Special
Best Celebrity Instas from the 2021 Golden Globes
J.Lo Looks Impossibly Stunning In a White Swimsuit