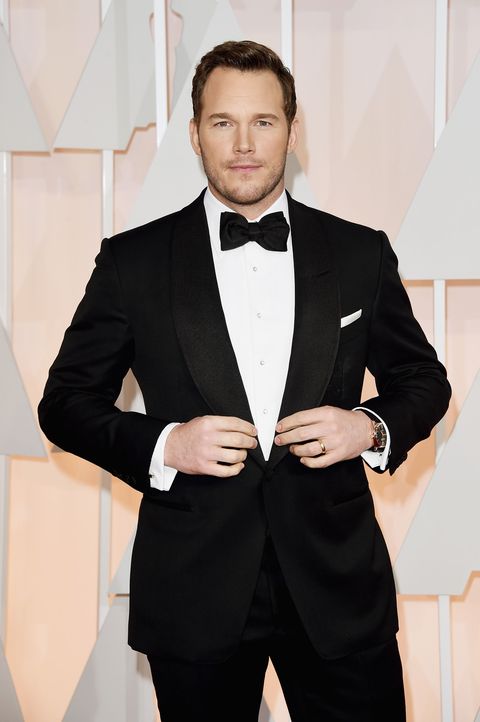 Having successfully emerged from his dadbod cocoon a ripply, muscle-bound Hollywood Leading Man, Chris Pratt now knows what it feels like to have his abs and stuff looked upon by thirsty men and women everywhere. For the most part, he is cool with it, except for one small detail, which he discussed with Yahoo! UK.

"I think it's OK, I don't feel appalled by it. I think it's appalling that for a long time only women were objectified, but I think if we really want to advocate for equality, it's important to even things out."

AGREED. GET ON BOARD, KIT HARINGTON.

Is that your final answer, Chris Pratt? That you want everyone to be treated equally badly even though one population has been objectified for far longer and in ways the other doesn't even know about?

"There are a lot of women who got careers out of it, and I'm using it to my advantage. And at the end of the day, our bodies are objects. We're just big bags of flesh and blood and meat and organs that God gives us to drive around."