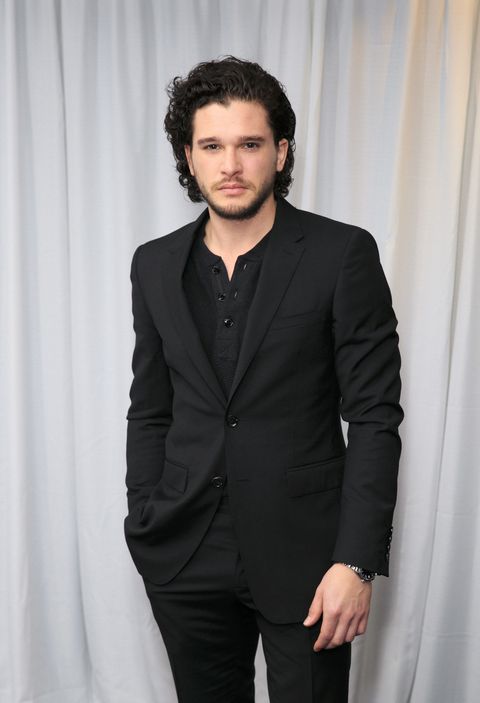 Kit Harington is none too pleased with us, guys—and he's got a solid point. "It's not just men that can be inappropriate sexually; women can be as well," he says in a new interview with Page Six. Apparently the Game of Thrones star has a bone to pick with anyone who sizes him up as a sex symbol. *collar tug*

"To always be put on a pedestal as a 'hunk' is slightly demeaning," he argues. "It really is and it's in the same way as it is for women. When an actor is seen only for her physical beauty, it can be quite offensive...I'm in a successful TV show in a kind of leading man way and it can sometimes feel like your art is being put to one side for your sex appeal. And I don't like that."

As staunch GoT fanatics, we've long admired Harington for doing an ace job of bringing Jon Snow to our television screens—our respect for his acting chops has never wavered. But...um...we have to admit that in our weaker moments, we have been swept away by his dashing looks.

It may be innocent on our part, but we think Harington's argument is awesomely progressive. As women, we're tired of watching Hollywood actresses get critiqued on their appearance as opposed to their body of work. Parity for all!